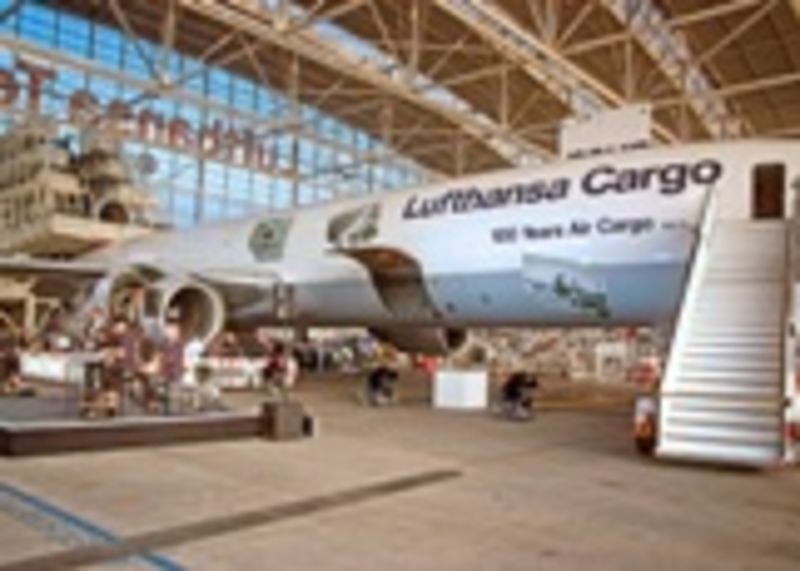 100 years of air cargo flight in Germany: The logistics industry is duly celebrating this very special jubilee of its origins on its centennial anniversary.  On 19 August 1911, a single-engined Harlan took off from a grass strip in Berlin-Johannisthal carrying just cargo. On board that first-ever cargo flight bound for Frankfurt on the Oder were the latest issues of the Berliner Morgenpost daily.

Today, one hundred years since that first air cargo flight in Germany, airfreight is indispensable for the transport of goods in the global economy. “Airfreight underpins growth and drives our successful economy,“ observed Lufthansa Chairman and CEO Dr. Christoph Franz. “For Germany especially, as the world’s second biggest exporting nation, a functioning and efficient air cargo industry is of existential importance.“

Airfreighting has left an indelible mark on the history of Lufthansa.  Luft Hansa, Lufthansa’s predecessor airline founded in 1926, set up a dedicated air cargo service only two years after commencing flight operations.  When the newly founded Lufthansa took to the skies again in 1955, it was clear that the transportation of cargo alongside passenger flights would significantly help shape the airline’s future. In fact, cargo flights were introduced in the airline’s schedules on domestic routes already in 1956. In 1972, Lufthansa was the first airline to begin service with the world’s biggest cargo aircraft at the time – the Boeing 747F, soon to be named the jumbo freighter.

Airfreight has long since evolved into a successful global industry employing hundreds of thousands of people. Germany’s largest cargo carrier, Lufthansa Cargo itself has around 4,500 staff on the payroll, most of them stationed in Frankfurt. And the signs are still pointing to growth: “We intend to leave our stamp on the international air cargo business in the future and continue writing our success story,“ emphasised Lufthansa Cargo Chairman & CEO Karl Ulrich Garnadt. The way ahead hinges, however, on the economic and infrastructural environment in which the industry operate. “The threatened ban on night flights at Germany’s major airport in Frankfurt is just one example of the difficult issues facing the airlines. If companies are to invest heavily in the infrastructure or modern and efficient aircraft, however, they require planning security.”

Lufthansa and Lufthansa Cargo are celebrating this year’s centenary of air cargo at a variety of events. Besides a logistics and mobility conference and a broad array of online offerings at  www.100yearsaircargo.com andwww.facebook.com/100yearsaircargo one of the airline’s freighters is sporting special, eye-catching centenary livery. The MD-11 freighter will be underway as the jubilee’s flying ambassador transporting airfreight around the world in Lufthansa Cargo’s global network.