On November 11, 2017, China fell into a collective buying frenzy for the ninth time. Following the example of “Black Friday” and “Cyber Monday” in the United States, the Chinese celebrate their so-called Singles’ Day. Originally starting out as “Bachelors’ Day”, it has today become the highest day of sales in the world, thanks to the numerous bargains on offer. China’s largest online retailer alone, Alibaba, generated record sales of 25.38 billion US dollars on this occasion – an almost unbelievable 40 percent up from the previous year. There is increasing demand for international brands in China.

More than a third of Chinese consumers bought products from businesses in Japan, the United States, South Korea, Australia and, of course, from Germany as well. For the logistics companies involved in this operation, like Hermes Germany, it is an enormous task. Planning for the big day – in collaboration with their subsidiary BorderGuru and the Chinese Alibaba subsidiary Cainiao – starts as early as three months in advance, according to Carsten Riedel, Head of Branches Frankfurt and Leipzig for Hermes Germany. 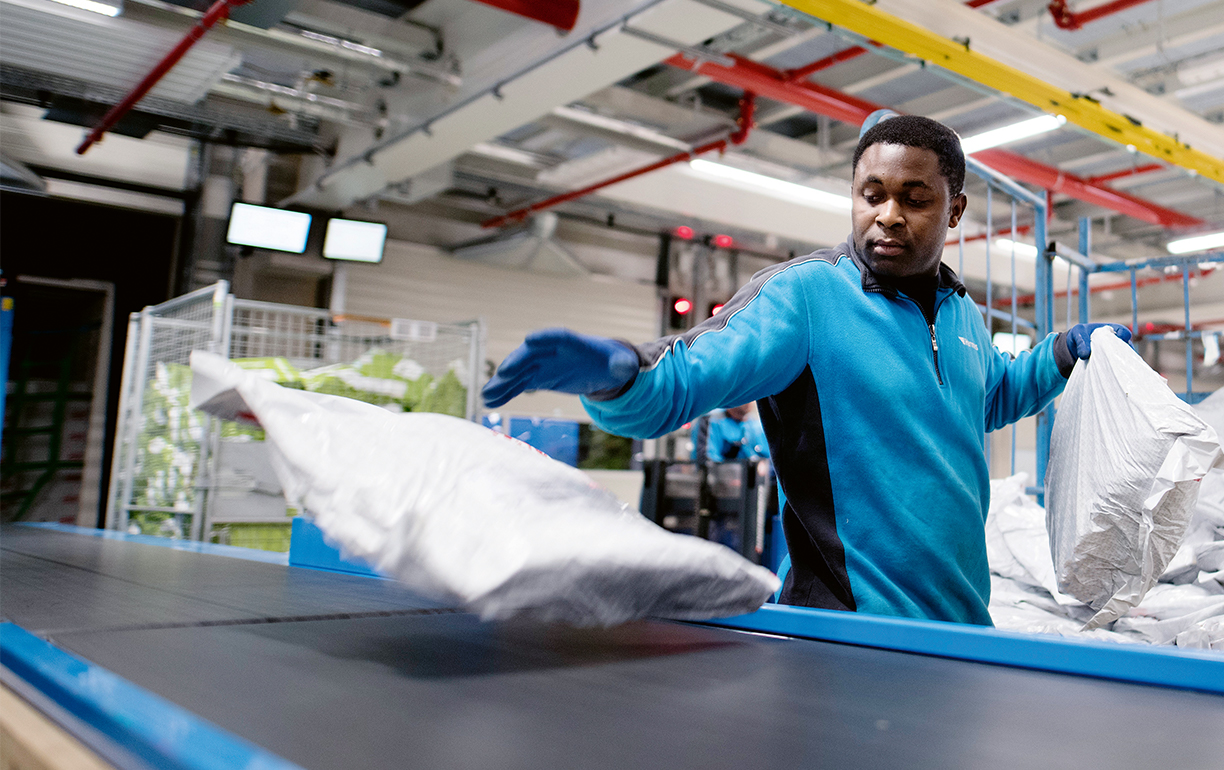 “The preparations start with the booking of capacity with Lufthansa Cargo and end with the planning of the work shifts for the staff,” adds Riedel. “On average days we process between 800 and 1,000 parcels a day at our Kelsterbach location near Frankfurt Airport (FRA),” says the logistics manager. “After Singles’ Day 2017, the volume peaked at 22,000 parcels, with an average of 20,000 parcels per day.” To cope with the flood, Hermes switches its operation to three shifts per day already in the lead-up to the event, and then for about 14 days afterwards. The peak period lasts about ten days, but then it transitions seamlessly into "Black Friday”, which is followed in turn by a similar Alibaba event on December 12. “So essentially we end up planning for continuing high volumes until Christ­mas,” says Riedel. To date it has been mainly cosmetics and baby food that was shipped to China, for example via Shanghai (PVG), in addition to clothing and IT products. “In the future it could well be that foodstuffs as well as pet food will be the growth sectors. But on the whole we anticipate growth to occur in all fields,” adds Riedel. Nothing therefore seems to preclude the next record being broken.