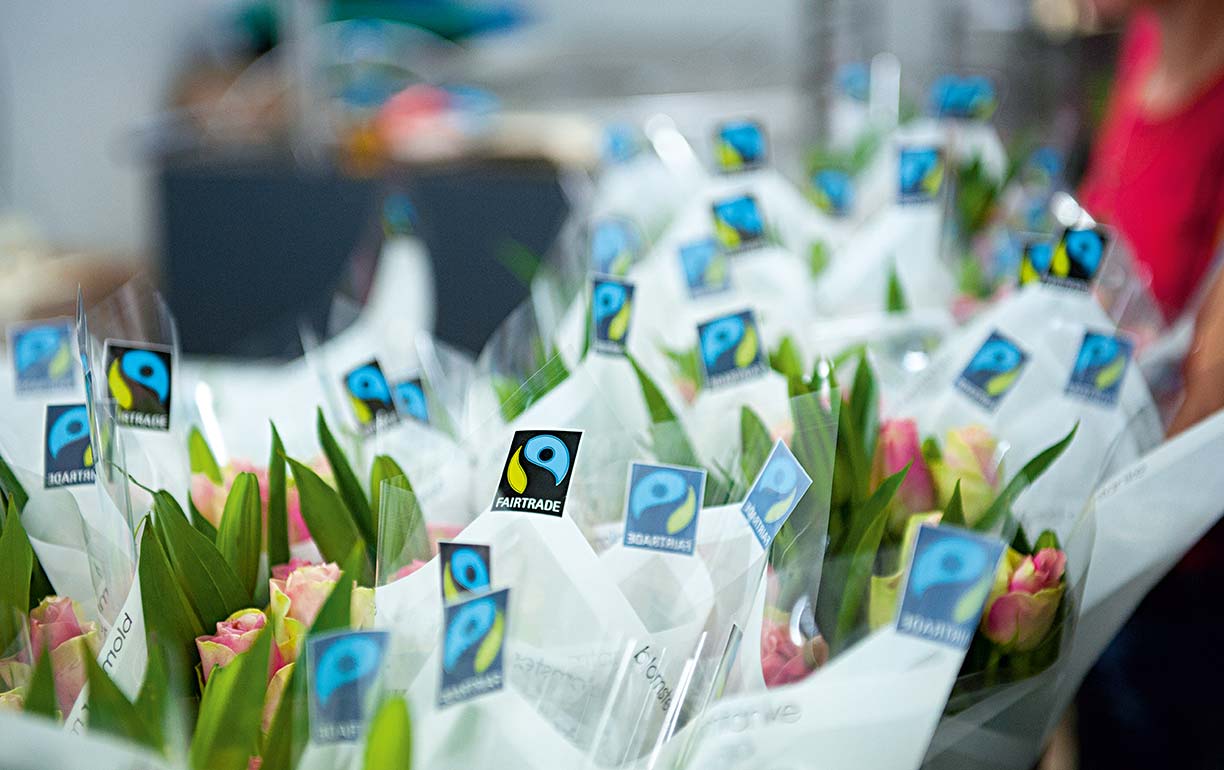 The value of the rose.

Fairly traded flowers: Lufthansa Cargo flies them for the importer Omniflora from East Africa to Frankfurt – and thus over an enormous distance. The climate balance is astonishingly good.

The red Furiosa or preferably the Athena in white? Or both, and a whole lot of varieties more? Omniflora has hundreds of different premium roses in its range. The company from Neu-Isenburg near Frankfurt primarily supplies big chains, but also wholesalers. The flowers come from Kenya and Tanzania in East Africa. Almost all of them are Fairtrade products. 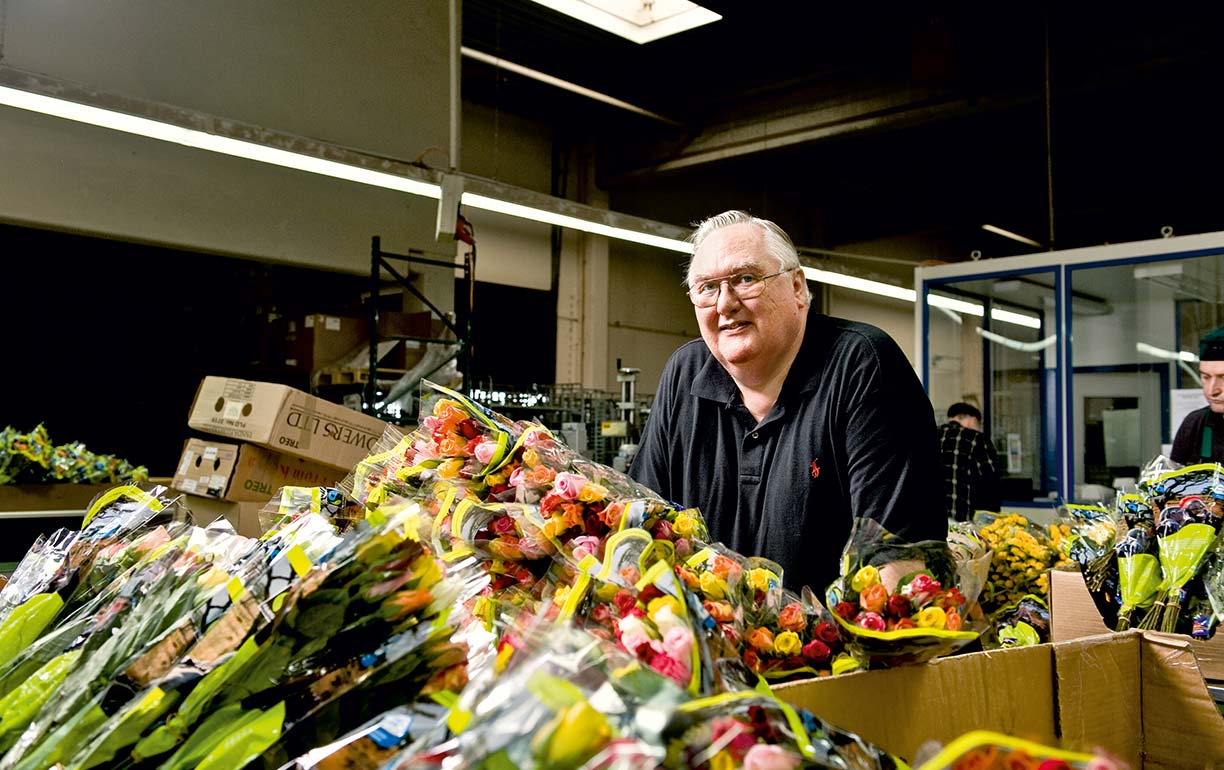 From Kenya’s capital Nairobi a substantial number of the roses are transported to Germany in MD-11 freighters from Lufthansa Cargo. “We prefer to load with Lufthansa Cargo,” says Omniflora Managing Director Klaus W. Voss.

“There are currently five flights per week from Nairobi to Frankfurt, and we have goods on board each one.” Last year, the company that was established in 1994 and now has 75 employees imported approximately 4,300 tons of flowers from East Africa.

With an upward trend:

The tonnage has increased by between 10 to 20 percent respectively over the past two years. The flight from Jomo Kenyatta International Airport to Frankfurt takes about eight hours. During this time – and also during truck transportation from the farms to Nairobi – the sensitive goods are stored in special airfreight boxes. “Precooled in an extensive process, they are thus well conditioned for transportation,” explains Voss.

The part of the supply chain that is organized on land is also optimized down to the last detail.

The Omniflora sister company Skytrain is responsible on the African side. “The loading in Nairobi takes about four hours,” says Voss. At this point in time, the flowers are matured and already have the right color, but are still closed. Immediately after landing in Frankfurt the cargo is transported to Omniflora’s nearby Freshness Center.

The employees at this facility remove the flowers from the airfreight boxes, cut them and load them – in buckets with precooled water and special freshness retaining substances – on what are known as CC trolleys or in boxes on pallets. The goods are then ready for truck transportation. In addition to German buyers, the company delivers the flowers to customers in Austria, Switzerland and Scandinavia. “We have our own refrigerated trucks, but we also work together with a forwarder. The trips take 12 to 24 hours,” says the company founder.

A lot of time and effort to transport cut flowers that also grow in Germany.

Nevertheless, importing them over distances of several thousands kilometers does make ecological sense, as Voss explains: anyone who intends growing roses in Germany for trade on a large scale has to provide them with artificial heat and lighting in greenhouses. “That requires a lot of energy.”

In Kenya and Tanzania this is almost completely provided by the sun.

“That’s why the CO2 emissions when growing in East Africa are only one seventh of the amount that would be generated in Germany. And nota bene: the transportation has already been taken into account in this figure,” Voss points out. In many cases, the farmers carry out pest control in accordance with the guidelines of Integrated Pest Management: they let beneficial organisms do the work that would have otherwise required chemicals.

The flowers are grown by about 20 producers.

Roughly a quarter of these enterprises belong to James Finlay Limited, the parent company of Omniflora. Trade is carried out with the farms on the basis of the rules of the Fairtrade Labelling Organizations International (FLO). This gives the farmers the certainty that their products will be purchased at an appropriate, fixed price. “That price is always firmly agreed for one year,” says Voss.

“On the normal market, flowers are auctioned, the price fluctuations are enormous.”

Furthermore, in the framework of the Fairtrade agreement a premium is disbursed amounting to ten percent of the “free on board” value. “That is the value that the flower has when it leaves the farm.” The premium goes to projects, which are selected by the employee council of the farm. This way, local hospitals and schools can be supported, or money is channeled into small loans for farm workers.

“Through our flowers we generate Fairtrade premiums of 1.5 million euros per year,” says Voss. A fact that has definitely not gone unnoticed by the organization: in 2010, Omniflora won the “Fairtrade Award” in the &nbsp;“Commerce/Industry” category of the acknowledged organization “FairtradeDeutschland”.