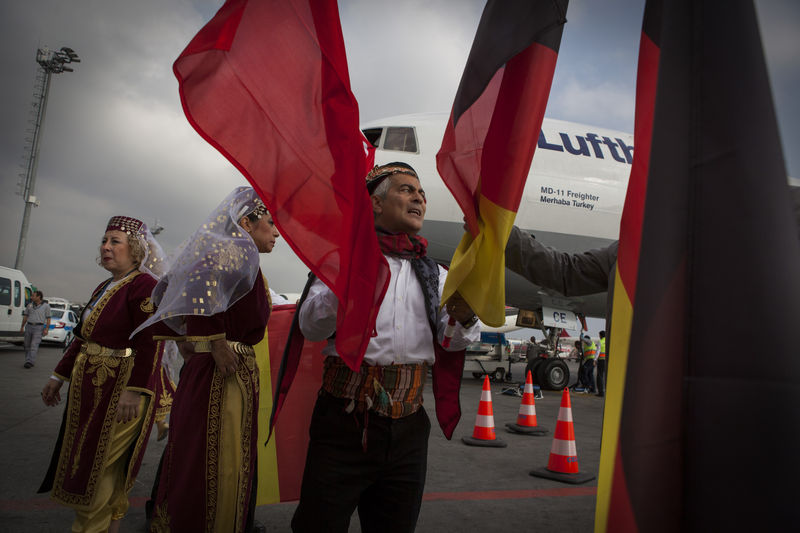 Lufthansa Cargo has emphasised the importance of Turkey as a major airfreight market by naming one of its freighters “Merhaba Turkey” (“Hello, Turkey”). The MD-11F with the registration “D-ALCE” was given its new name at a ceremony at the Ataturk Airport in Istanbul on 14 October.

"In recent years, Turkey has become one of the most dynamic air cargo markets in the world. In this market, we stand for highest quality and offer our customers ultrafast connections to and from four national destinations", explained Board member Dr Karl-Rudolf Rupprecht in Istanbul on Tuesday. "We serve the most important commercial centres in Turkey with frequent passenger flights and cargo-only flights, linking them with our global route network."

Additional cargo from and to Turkey is transported in the passenger aircraft bellies of Lufthansa, Austrian Airlines and Sun Express. Sun Express, a subsidiary of Lufthansa and Turkish Airlines (50% each), links the airports of Izmir, Antalya and Ankara with more than 20 destinations in Germany and Europe. Austrian Airlines connects the hub in Vienna with the Turkish market during the summer schedule.

The “Merhaba Turkey” is already the sixth Lufthansa Cargo aircraft to be named in the past twelve months. The names of the freighters are based on the winning idea in a creative public competition held by Lufthansa Cargo to find a naming convention for its entire fleet in 2013. From the more than 40,000 potential aircraft names submitted to Lufthansa Cargo within six weeks, a jury opted for the central theme to “Say hello around the world”. Accordingly, all freighters in the Lufthansa Cargo fleet will henceforth be named with greetings in around 20 languages.