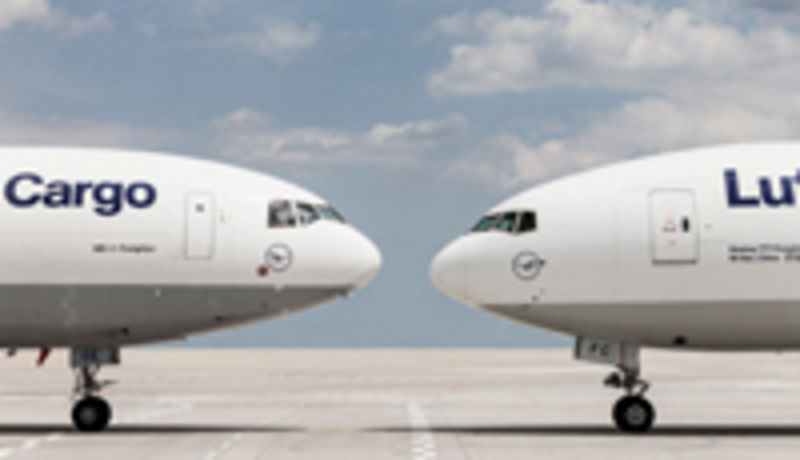 Europe’s leading cargo airline turns 20. On 30 November two decades ago Deutsche Lufthansa AG pooled its cargo activities in a separate company. This was the birth of Lufthansa Cargo. Airfreight had always been an important business for Lufthansa and its predecessor companies. But the significance of its cargo activities surged when it created an independent company. Not only did it integrate the cargo business of Deutsche Lufthansa but the cargo flights formerly performed first by German Cargo and later by Lufthansa Cargo Airlines GmbH became a major pillar of the business.

The team under Lufthansa Cargo’s first CEO, Wilhelm Althen, was therefore able to offer its customers all of the group’s freight capacities – be it on board its own freighters or on the cargo decks of passenger aircraft.

A few weeks after its official foundation Lufthansa Cargo started operating with a fleet of five McDonnell Douglas DC8 freighters, ten Boeing 747-200Fs and two Boeing 737 freighters in January 1995. 20 years later Lufthansa Cargo flies both with MD-11F and brand-new B777 freighters. The new jets with a maximum payload of 103 tonnes generate less noise and lower emissions, and are more economical than all other freighters of their class. Not only have the aircraft models changed over the years. Lufthansa Cargo is also a digital pioneer of the business. The cargo airline invests in cutting-edge IT and is pushing its goal of being digitally networked with all players of the logistics chain from booking to delivery by 2020.

“The foundation of Lufthansa Cargo as an independent company in the 1990s paved the way to a hitherto unheard-of professionalization of airfreight”, points out Peter Gerber, the current CEO of Lufthansa Cargo. “Cargo went from by-product to core business that now accounts for almost ten per cent of sales of the Lufthansa Group.”

Selected milestones in the history of Lufthansa Cargo:

Lufthansa Cargo AG is founded as a wholly owned subsidiary of Lufthansa AG with an Executive Board consisting of Wilhelm Althen, Rainer Butz and Walter Gehl.

The first MD-11F is delivered to Lufthansa Cargo.

Round the world service: launch of first airfreight service around the globe with stops in Chicago, Honolulu, Auckland, Melbourne, Kuala Lumpur and Sharjah, among others.

Lufthansa Cargo opens Frankfurt Animal Lounge, the most advanced animal station at any airport in the world.

All Nippon Airways (ANA) and Lufthansa Cargo launch a strategic joint venture on routes between Japan and Europe.