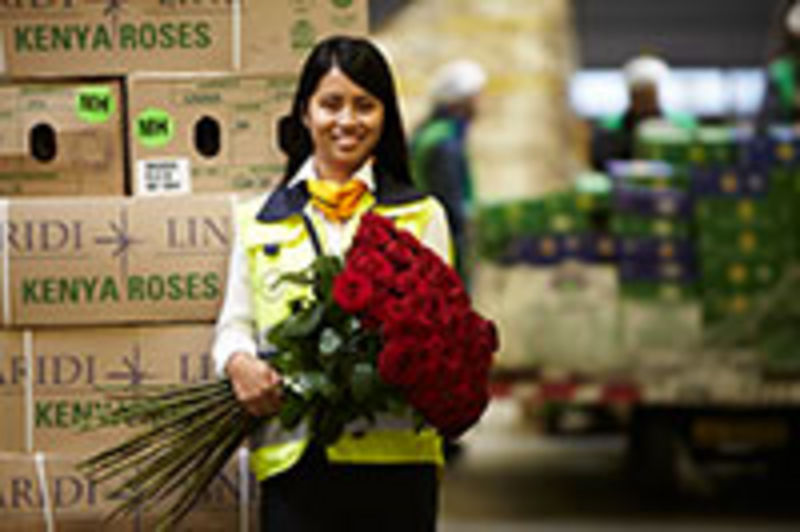 Lufthansa Cargo is flying millions of red roses on fully-laden freighters to Europe in time for bumper sales at high-street florists on Valentine’s Day on 14 February. All told in the next few days, the cargo carrier will be shipping to Frankfurt around 1000 tonnes of lovers’ tokens from Africa and South America.

The major countries exporting roses are Kenya, Colombia and Ecuador. Lufthansa Cargo serves all three of the exporting nations with several freighter services weekly from its Frankfurt hub. For Valentine’s Day, normal frequencies on the route will be upped by several extra flights in order to accommodate huge demand. Flowers need to be transported fast and with extra care. Lufthansa Cargo has developed a special product, Fresh/td, for the transport of perishable goods with an own competence team taking care of the sensitive shipments.

The airline’s sophisticated logistics with cooling systems in the cargo hold and, not least, the expertise of the growers in the exporting countries, ensure that the roses arrive fresh and crispy at their destination.

Immediately after they are harvested by the growers, the flowers are dispatched on the fastest route to be packaged and loaded straight into the holds of the cargo airline’s freighters. That way, they land in all their splendor at Frankfurt Airport. Their transport to onward destinations across Europe is coordinated at the hub of Lufthansa Cargo.

Aside from Nairobi and Bogota, a notable share of the total of rose shipments reaches Frankfurt from Ecuador’s capital Quito, known as the City of Eternal Spring. The constantly mild climate furnishes overseas rose producers with ideal conditions for cultivating flowers, which are in bloom throughout the year so that buyers in Europe can be sure of fresh supplies in any season. Although they are transported by air, imported flowers are more environment-friendly than those cultivated in Europe, since the latter, according to a study from Britain’s Cranfield University, require artificial irrigation and heated greenhouses, which generate more carbon emissions.