Airfreight as a multimedia experience 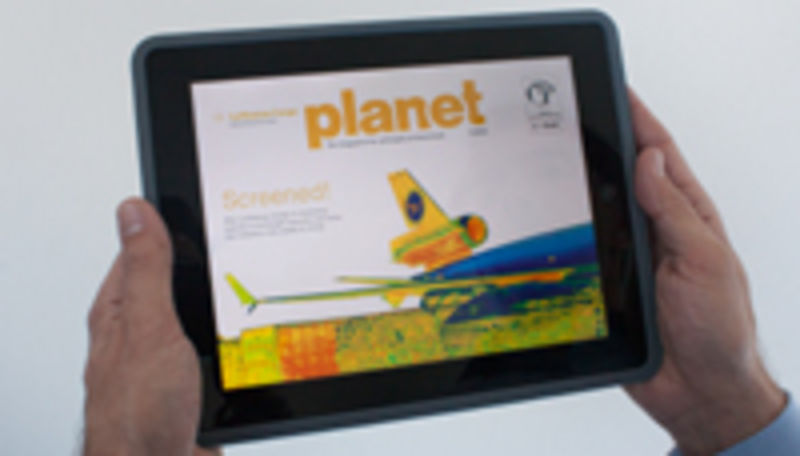 Lufthansa Cargo is driving digital communications energetically forward. In the new app of its “planet“ customer magazine, Germany’s biggest cargo carrier is offering more multimedia content than ever before. With emotional videos, intriguing reportage photos and interactive infographics, Lufthansa Cargo is presenting airfreight in a particularly vivid form. The latest issue of the magazine focuses on the tighter security regulations in the airfreight industry, which come into force in Europe on 29 April, and which confront the logistics industry with immense challenges.

Alongside the print magazine, the new app for mobile devices is assuming growing importance: “The boom in tablet computers and the immediate availability of online con-tent are rapidly changing the world of communications. That is why we are offering the fascina-tion of airfreight in an entirely new form in emotional videos and photos in our prize-winning magazine“, said Matthias Eberle, Director Communications of Lufthansa Cargo, and he added: “Our aim is to give customers a closer and more immediate experience of exciting developments at our Company.”

At the highly coveted Mercury Excellence Awards in New York, one of the most prestigious competitions for publications from the world of PR and corporate communications, the “planet” customer magazine was acclaimed on the international stage. Lufthansa Cargo took Gold for the web-based variant of its magazine. The newly launched "planet" app for tablet computers was awarded the special “Honors” prize.

More than 2,000 readers have already downloaded the first two issues of the digital version of Lufthansa Cargo’s ”planet“ magazine. The app variant is available free in English and German for iPad users in the app store on iTunes. Other tablet users can access it on GooglePlay. The web variant as well as links to the respective app stores are, as usual, available for download at www.lufthansa-cargo.de/planet.