Lufthansa Cargo takes off for the future with new freighter 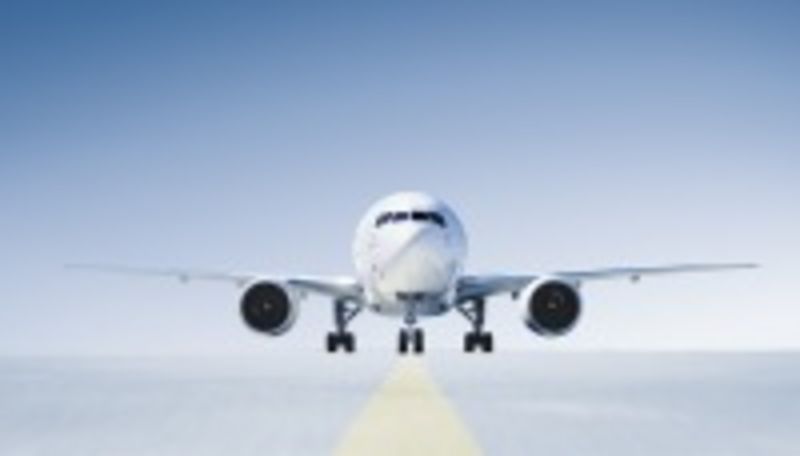 History is repeating itself - 41 years after the maiden flight of the legendary jumbo freighter anywhere in the world, Lufthansa Cargo is again heralding a new era of flying with a flight to New York. Lufthansa Cargo’s first Boeing 777 freighter will take off on Tuesday evening for its first scheduled flight operation for Europe's leading cargo airline. Lufthansa Cargo has ordered a total of five brand new freighters from US aircraft manufacturer Boeing (with a list price of USD 270 million per plane). With this major investment, Lufthansa Cargo is focusing on growth and the modernisation of its fleet.

CEO Karl Ulrich Garnadt underscored the importance of fleet investment at the welcome ceremony for the new aircraft: “The Boeing 777F is not only the most powerful, efficient and ecological freighter in the world but also a highly visible symbol of our ‘Lufthansa Cargo 2020’ future programme.” Garnadt emphasised that the addition of the twin-engine Boeing freighter to the fleet was an important milestone “on our path to shaping a company for the next generation”. The airline devised a comprehensive future programme two years ago with the “Lufthansa Cargo 2020” strategy. Some of the strategic projects are already in the implementation stage. Besides the modernisation of the freighter fleet, EUR 100 million is also being invested in new IT systems. In addition to this, Lufthansa Cargo is planning to build a new, efficient logistics centre in Frankfurt, is driving the digitalisation of the entire process chain and is working with partners at Frankfurt airport to strengthen Germany’s most important air cargo hub.

Boeing 777F to fly to the US initially

The first “Triple Seven” bearing the Lufthansa livery will be put into scheduled operation today for the first time. The final preparations needed have been ongoing since the aircraft landed on 9 November following a technical ferry flight from Everett/Washington. This has included, for example, the installation of an “electronic flight bag” system. This will ensure that all important information such as navigation charts can be accessed electronically in the cockpit.

The aircraft will make its maiden commercial flight to New York/JFK and then Atlanta in the US state of Georgia. Take Off will be at 5:50 pm tonight with flight number LH8170. The next destination of the Boeing 777F will be Chicago. “We are heralding a new era of flying at Lufthansa Cargo with the Boeing 777F”, emphasised CEO Garnadt. He stated that Lufthansa Cargo customers will benefit from the enormous range of the twin-engine aircraft. With a full payload of 103 tonnes, the aircraft is able to remain in the air for ten and a half hours. This means that it can fly non-stop for more than 9,000 kilometres, enabling Lufthansa Cargo to fly direct from Frankfurt to the world’s busiest cargo airport in Hong Kong, for example.

The fleet modernisation will also significantly reduce the environmental impact. Garnadt: “The specific CO2 emissions of the Boeing 777F are almost 20 per cent lower than those of our current MD-11 freighters. So we are taking the next big step towards achieving our ambitious environmental targets.” Lufthansa Cargo is aiming to reduce specific CO2 emissions by a quarter by 2020.

The use of the “Triple Seven” is good news for those living close to airports as well. The brand new jet is significantly quieter than other freighters in its class and considerably reduces noise pollution. “We are sticking to our commitment to substantially reduce the noise level for local residents”, emphasised Garnadt.

The Lufthansa Cargo manager also highlighted the economic significance of the billion dollar investment – with each Boeing 777F carrying a list price of some USD 270 million: “The new aircraft will be permanently based in Frankfurt, by far our most important hub. Therefore, they are an important investment in the location and will secure hundreds of jobs, not just at Lufthansa Cargo but also in partner companies.”

The Boeing 777F bearing the registration D-ALFA is the first aircraft in the current fleet to be christened. A competition inviting ideas from the public for names for the Lufthansa Cargo fleet garnered great attention in recent weeks, particularly amongst aviation enthusiasts. The airline ran a creative competition online calling for names for all of the aircraft in Lufthansa Cargo’s fleet. More than 40,000 submissions were received within six weeks, far more potential names than there are civil aircraft operating in the sky worldwide. The aircraft will greet the cargo airline’s most important destination countries in their national languages in the future. The first “Triple Seven”, which will initially fly to destinations in the United States, has accordingly been christened “Good Day, USA”. The second 777 freighter is to be called “Jambo Kenya” and the third “Ni Hao, China”: “Our aircraft connect the world of business, bringing cities, countries and entire continents together”, said Karl Ulrich Garnadt. “We are underscoring this important role of civil aviation by providing a friendly, pleasant greeting to people at our most important flight destinations in their own language.”

Lufthansa Cargo's second Boeing 777F will be delivered at the end of November. Two further jets will follow in the first half of 2014 and a fifth in 2015. Lufthansa Cargo currently operates a freighter fleet of 18 of its own MD-11F aircraft. Garnadt emphasised that the new aircraft will facilitate growth and the modernisation of the fleet. According to current planning, the two oldest MD-11F will be withdrawn from the fleet during 2014.

Technical details of the Boeing 777F:

Press photos can be downloaded from www.lufthansa-cargo.com/777F-Roll-In