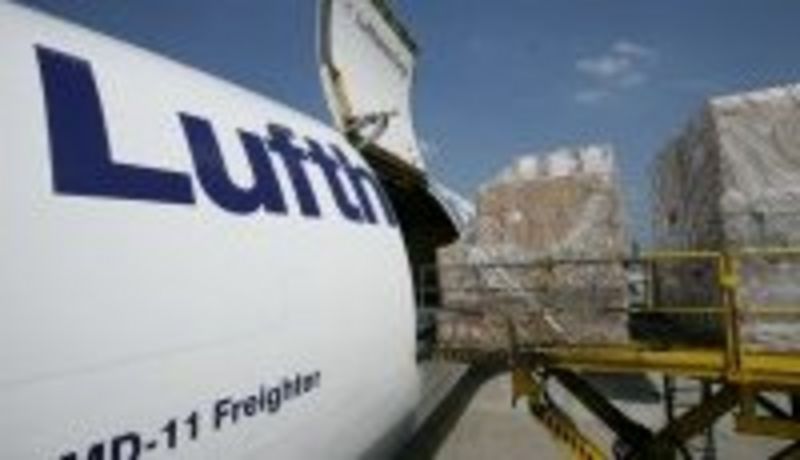 Lufthansa Cargo is offering customers flights to 303 destinations in 99 countries in the summer flight schedules, beginning on 25 March. New in the cargo carrier’s global network is Chongqing. The Chinese metropolis will be served with four flights weekly operated by Lufthansa Cargo’s MD-11 freighters. Other newcomers in the timetable - also thanks to the expansion of the network of Lufthansa passenger services - are Shenyang in northeastern China and Qingdao (Tsingtao) in Shandong province.

Flights to Detroit are to be stepped up to twice-weekly connections. Services to the US automotive capital commenced initially in January with a once-weekly flight in the Lufthansa Cargo freighter network.

In South America as well, Lufthansa Cargo customers will have a wider choice of destinations and freighter connections. Twice-weekly MD-11 flights ex Frankfurt will be available to Montevideo, capital of Uruguay.

Back in the timetable is Kolkata (Calcutta). Flights were operated to the Indian metropolis last summer but were discontinued in recent months. Once-weekly direct flights from Frankfurt are now available again in the summer flight schedules.

“We have selectively extended our route network and brought new and attractive growth markets into the timetable,“ noted Lufthansa Board Member Product and Sales Dr. Andreas Otto. “We are expanding our presence in China, the world’s biggest airfreight market, and now laying on freighter connections to a total of six Chinese destinations.”

Lufthansa Cargo is furnishing customers with around 9,000 flights weekly to choose from in the summer flight schedules. The cargo carrier’s freighters will be serving a total of 51 destinations, 25 of them in Asia alone and eight in North America.

All freighter flights out of Germany will be operated from Frankfurt. The flights to North America and Asia, which were relocated to Cologne/Bonn temporarily in the winter timetable, will also depart from Frankfurt.