Night-flight ban in Frankfurt provisionally upheld: "A terrible blow for Germany as a business location".

Frankfurt Airport risks losing international competitiveness â€“ Lufthansa will provide further evidence of the need for night flights at Frankfurt in the course of the proceedings. 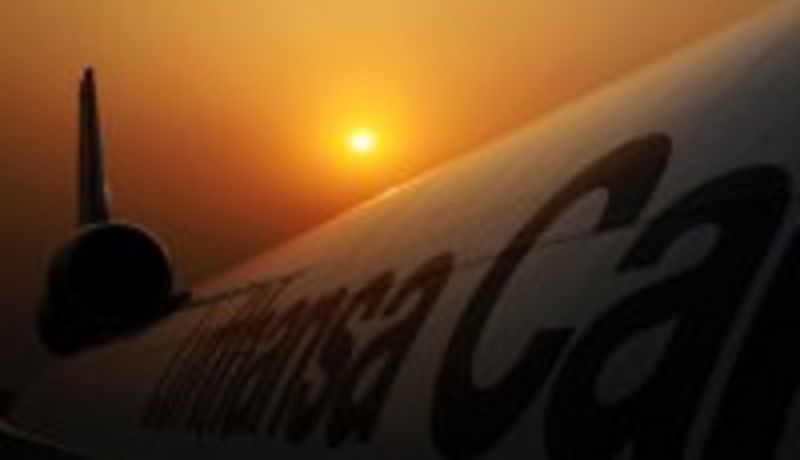 The Federal Administrative Court in Leipzig ruled today that the night-flight regulation defined in the planning approval notice cannot be sustained. This means that the ban on night flights from Frankfurt will remain in force until further notice. Lufthansa fears severe long-term adverse effects for Frankfurt's position as an aviation centre. Christoph Franz, Chairman of the Executive Board and CEO of Deutsche Lufthansa AG, points out, "Frankfurt, Hesse, and yes, even Germany, as an export and logistics nation, would have their wings clipped. This is a terrible blow to Germany's reputation as a place to do business and there is no doubt that one of Europe's largest hubs will fall behind in international competition."

"Nonetheless, in the additional planning procedure Lufthansa will again make the need for selected night-time flights clear," emphasised Franz. Lufthansa was not given leave to appeal in the current proceedings. The ruling by the Federal Administrative Court allows the airline to justify the need for night flights in further proceedings. A night-flight ban in this form does not exist in Amsterdam, Paris, London or Dubai. Over the course of the proceedings, which began in 2000, Lufthansa had consistently highlighted the great importance of night flights and always made the case for "practicable night-flight rules". The airline called for a fair balance between economic interests and those of local residents. "A rigid night-flight ban without any operational flexibility is completely unreasonable. It is unique in its kind worldwide and ignores the realities of international competition."

The absolute night-flight ban at Frankfurt Airport covers the period from 11 p.m. to 5 a.m. So for six hours, Germany's most important aviation hub shuts down. This is despite the fact that Lufthansa made extensive concessions and the new runway would never have been used at night-time anyway.

"Lufthansa will continue to invest here in future and participate in the sector's growth. For larger investments, however, we will have to take the new developments into consideration when drawing comparisons with other hubs in the Lufthansa airline group", said Franz. For Lufthansa Cargo in particular, night flights are a core element of the business model. Of the ten largest cargo airports worldwide, Frankfurt is currently in seventh place. Of the total there is not a single one with an absolute ban on night flights. "On North Atlantic routes in particular, the night-time departure is indispensable for our customers. The migration of urgent express products to other hubs in Europe will continue", explained Karl Ulrich Garnadt, Chairman of the Executive Board and CEO of Lufthansa Cargo AG. "Switching to other airports is impossible for Lufthansa Cargo, however, as more than half the cargo on board passenger aircraft is transported via Frankfurt. Frankfurt is an indispensable part of our business model. This is the only place where freighters and passenger aircraft can be linked quickly and smoothly."

Garnadt referred to the minimum number of just 17 flights per night already defined in the original planning approval notice: "It's not about turning night into day. But the night cannot be allowed to become a nightmare for the German export industry."

Lufthansa is investing billions in quieter planes and upgrading older models, thereby providing audible relief to the residents around the airport. In addition, a noise abatement package with 19 separate elements was presented together with Volker Bouffier, premier of the state of Hesse, around a month ago. "We are doing a lot for all-round noise protection, as demonstrated by the noise abatement package presented recently in Wiesbaden. A strict night-flight ban in the form we have today is a setback for Germany as one of the world's leading export nations", said CEO Christoph Franz. Despite all the criticism it has now been established "that the new runway was built legally and can be operated, albeit with restrictions."