Accolades for German carrier from Air Cargo News and Hellmann 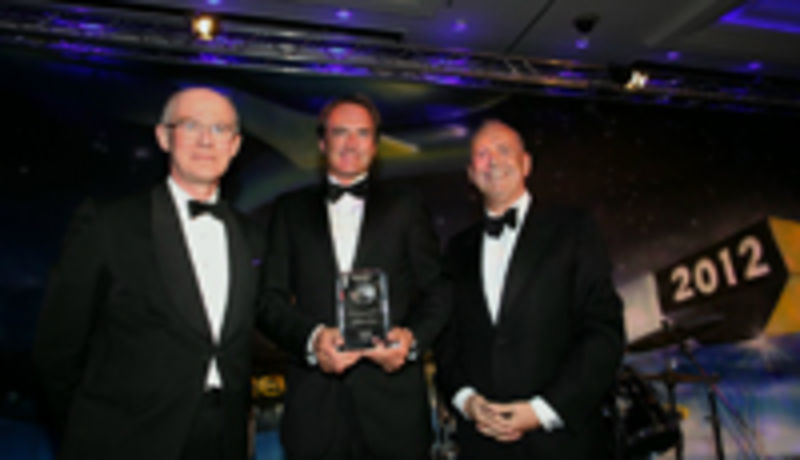 Lufthansa Cargo stood out once more as the best European cargo carrier at the “Cargo Airline of the Year Awards”. As in previous years, thousands of international forwarders again voted for the carrier as the best of Europe’s cargo airlines. At the Gala Awards night held in London, Thomas Egenolf, Director Italy & Malta, accepted the award on behalf of Lufthansa Cargo as well as additional accolade as best cargo carrier on Asia/Pacific routes. The British Air Cargo Media Group has conferred the coveted awards for 29 years. “This year Lufthansa Cargo has had to contend not only with a general market slump – but also the damaging news of the introduction of a night-time ban at its busy Frankfurt hub. Undeterred, the German carrier has continued to outpace its rivals, particularly in Asia and Europe, stated Air Cargo News managing director Nigel Tomkins.“ Thomas Egenolf emphasised that the award was above all an incentive to continue convincing customers by delivering the topmost quality. At the London presentation ceremony, he reaffirmed that the air cargo industry is and remains a highly competitive business. “Staying up front in the industry is only possible with high quality products, an extensive network and excellent service. Those will remain our aims in the future.” Lufthansa Cargo’s quality has also won recent acclaim from Hellmann Worldwide Logistics. The global logistics provider presented its European Award to the Lufthansa airfreight subsidiary in Wiesbaden. Hellmann branches across Europe had evaluated cargo airlines on the basis of six criteria, on which Lufthansa Cargo outperformed its global competitors. Lufthansa Cargo AG Lufthansa Cargo ranks among the world’s leading cargo carriers. In the 2011 business year, the airline transported around 1.9 million tonnes of freight and mail and sold 9.5 billion revenue tonne-kilometres. The Company currently employs about 4,600 people, worldwide. Lufthansa Cargo focuses on the airport-to-airport business. The cargo carrier serves more than 300 destinations in around 100 countries with its own fleet of freighters, the belly capacities of passenger aircraft operated by Lufthansa and Austrian Airlines, and an extensive road feeder service network. The bulk of the cargo business is routed through Frankfurt Airport. Lufthansa Cargo is a wholly owned Lufthansa subsidiary of Deutsche Lufthansa AG. Press contact Lufthansa Cargo AG Communications Michael Göntgens Tel.: +49 69 696 95447 Fax: +49 69 696 98 95447 michael.goentgens@dlh.de www.lufthansa-cargo.com