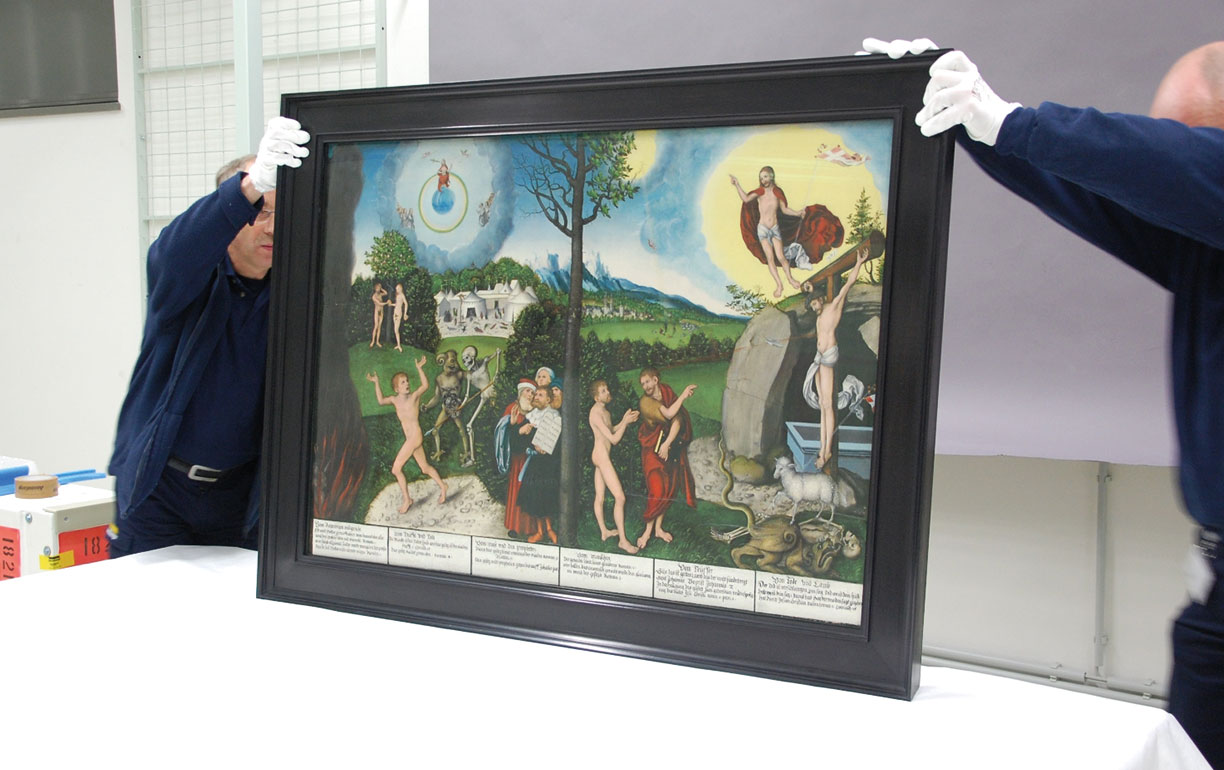 Lufthansa Cargo flew nine paintings and 14 prints by Lucas Cranach the Elder (1472–1553), one of Germany’s most influential Renaissance artists, to Moscow in late February. An MD-11F with flight number LH8384 brought the special cargo to its destination, where the first monographic exhibition on the work of the Renaissance artists is scheduled to open at the Pushkin State Museum of Fine Arts on March 3.

The exhibition is made possible by a partnership with Stiftung Schloss Friedenstein in Gotha. The foundation is providing a total of 26 exhibits by Cranach to the museum, which will be exhibiting some 50 works in all. “The Cranachs: between Renaissance and Mannerism” is also dedicated to reuniting the original Cranach works from Gotha.

For the first time since 1940, visitors will be able to see the collection in its entirety. A total of 17 paintings from Gotha that were sent to Russia in 1946 due to the war will be on display. Together with the items on loan from Gotha itself, this means that roughly half of the paintings in the exhibition originate from Gotha.

A partnership between Pushkin Museum in Moscow and Stiftung Schloss Friedenstein Gotha has been in place for many years and has already resulted in several joint projects. Find out more about Lufthansa Cargo’s products and services for the arts and culture on our website.