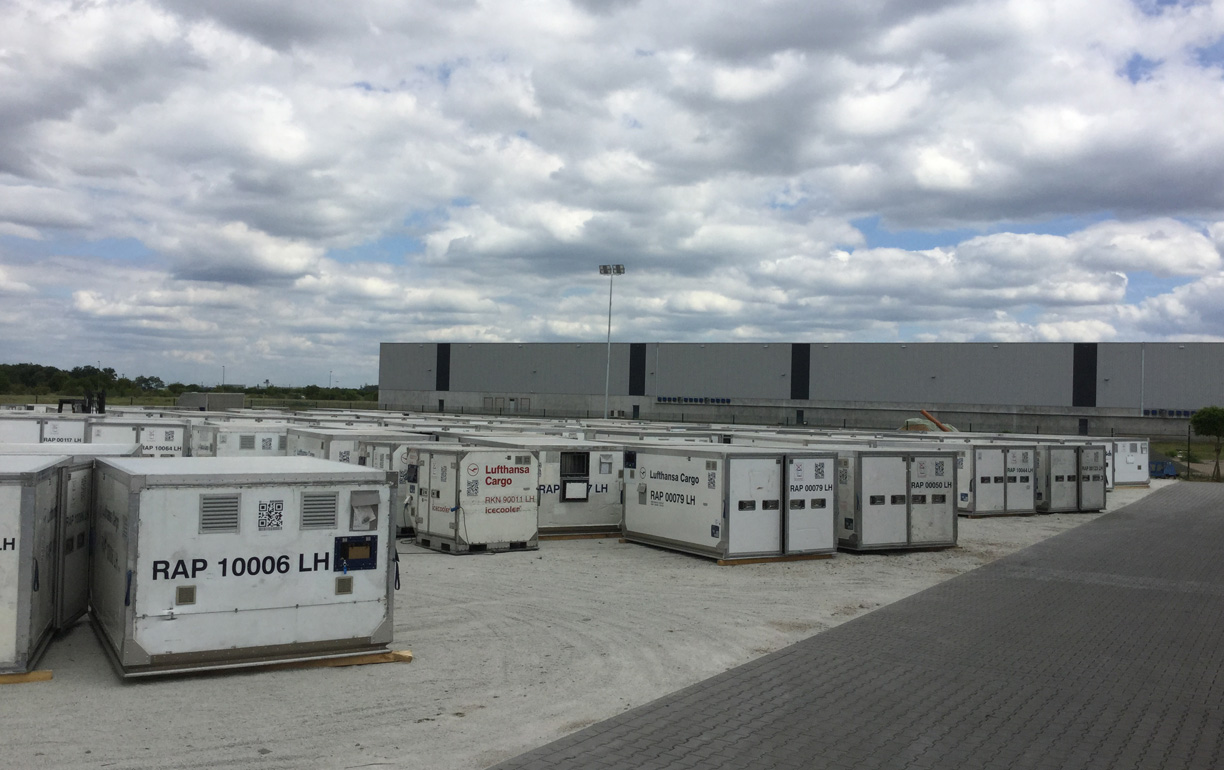 Since the summer Lufthansa Cargo has been offering a new cool & heat container for temperature-sensitive freight: the Opticooler. What makes it so special is the fact that this container cools entirely without dry ice.

“The Opticooler is the Ferrari of the cooling containers.”

“In the development of the Opticooler, we have taken into account the experience with over 6,000 shipments using the Unicooler.” The result is a high-tech container, which – comparable, for non-specialists, with a refrigerator – uses compressors instead of dry ice for cooling. In combination with electrical heating, this can ensure a constant inside temperature of between +2 and +30 degrees Celsius. 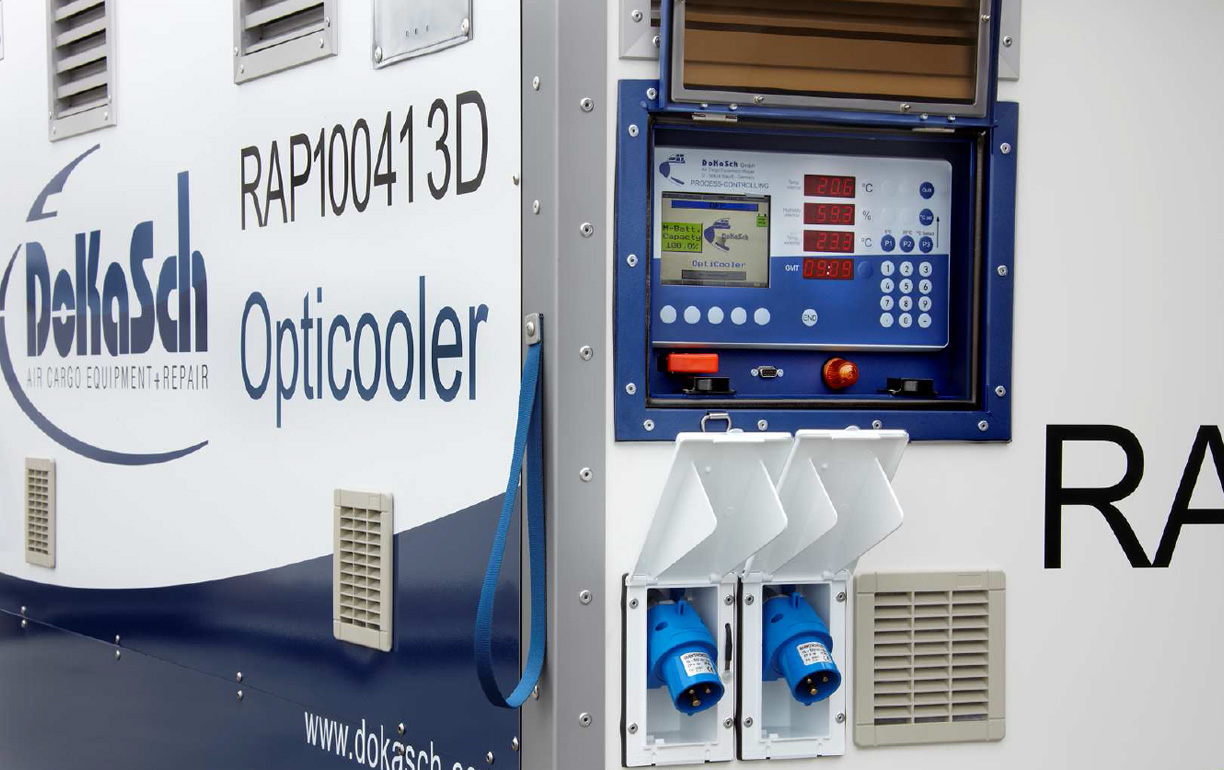 “The difference between the Opticooler and the Unicooler lies in the cooling technology,” explains Justus. The Unicooler uses dry ice for cooling with a constant temperature of approximately –79 degrees Celsius. “That also functions very well, but it means that we are dependent on the dry ice.” The Opticooler, on the other hand, only requires electricity: the compressors are supplied via particularly high-performance accumulators in the container. This way, they can fly on routes from Europe to North America with no problems at all.

Empty accumulators can be recharged in about five to eight hours. The compressors even save additional energy because, as opposed to dry ice, their performance can be regulated. The Opticooler perfectly supplements the Unicooler. Justus sees the field of applications wherever cooling with dry ice is not possible due to the inability to ensure its supply or due to cargo incompatibility: “There are certain goods, insulin, for example, which are not allowed to come into contact with carbon dioxide.”

Pharmaceuticals in particular are subject to strict official requirements and demanding company-internal standards of quality. These often relate to the transportation of goods. This explains the growing demand for and expectations made on temperature-controlled transport solutions. The Opticooler makes the Lufthansa Cargo service Cool/td-Active an even more attractive option.

Only Lufthansa Cargo gives customers a choice between two container manufacturers and two container technologies. Lufthansa Cargo thus has the matching solution for every type of freight and for every route. No other cargo airline offers such a wide range spectrum of transport solutions for temperature-sensitive goods. What is more, the Opticooler is not only able to utilize the complete network of Lufthansa Cargo, Jade Cargo International and AeroLogic.

The belly capacities of the Lufthansa passenger aircraft also supplement the offerings. In the near future, the offerings will also be further extended to the network of Austrian Airlines.

First test phases show a clear facilitation for handling, too. The Opticooler was developed by Lufthansa Cargo in collaboration with the container specialist DoKaSch. That is why it is perfectly coordinated with the processes at Lufthansa Cargo. The component dry ice no longer has to be taken into consideration in future. A further aspect:

“The operation and the user interface of the Opticooler have been adopted from the Unicooler, which means that our colleagues do not have to learn a new way to use the device,” explains Justus. Every new technology, however, can only function with consistent ground processes.

These are guaranteed in Frankfurt by Lufthansa Cargo’s Competence Center Temperature Control, which monitors all temperature-sensitive shipments worldwide round the clock. The new temperature container has already proven itself in test operations for customers on routes between Frankfurt and North America. Performance tests at extreme outside temperatures have been carried out successfully. The “smart and cool” container is now being integrated into regular operations.