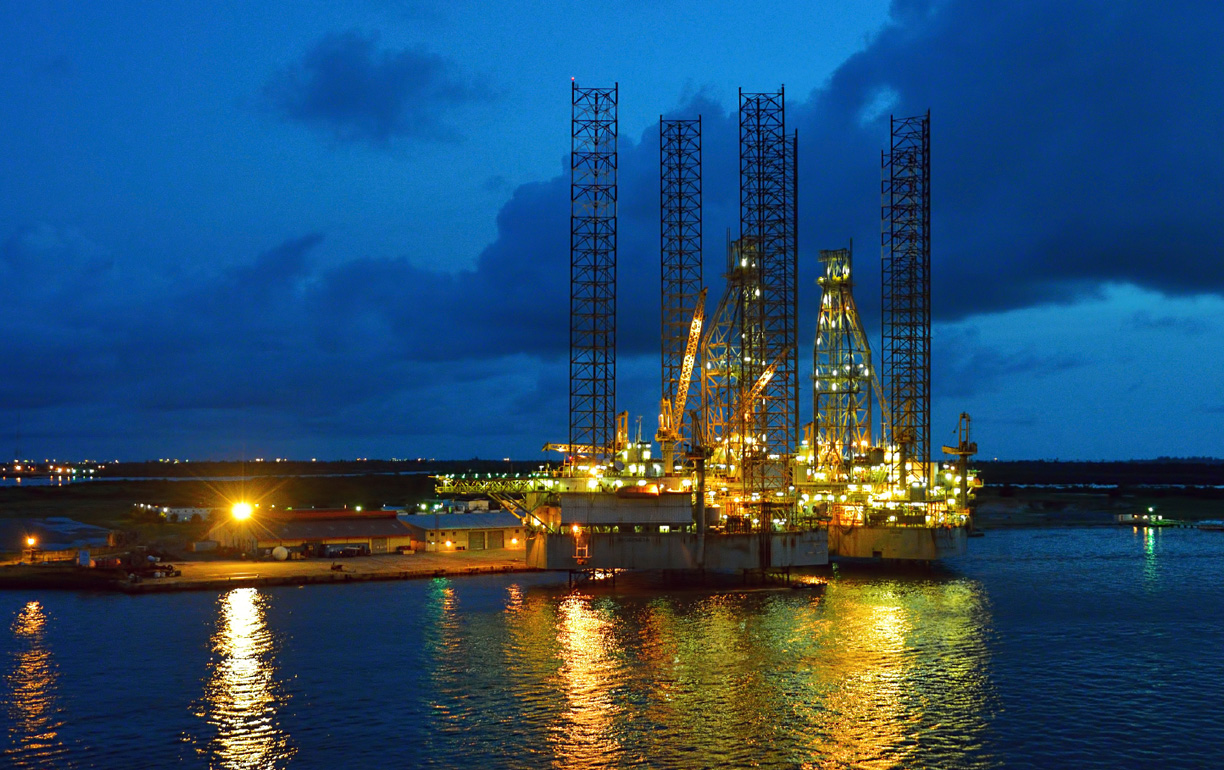 Equipment for the oil and gas industry has to be available at a moment’s notice – otherwise it can turn into a costly business. With its dense network, Lufthansa Cargo is a perfect partner to the industry. Take Benthic, for example: the geotechnical investigations specialist uses Cool/td to fly its drilling samples halfway around the world.

Far out at sea, a drilling rig is lowered into the ocean from a ship positioned off the coast of Mozambique. The colossus plunges into the water from a ramp on the stern of the ship to commence its work on the seabed at a depth of up to 3,000 meters. Once it reaches the bottom, the drill will bore itself into the ocean floor and take samples. Regardless of whether it encounters clay, sand, rocks or pebbles – the material it finds on the seabed will provide companies in the oil and gas industry with information on where best to place pipelines, construct foundations or anchor mooring systems for oil platforms. 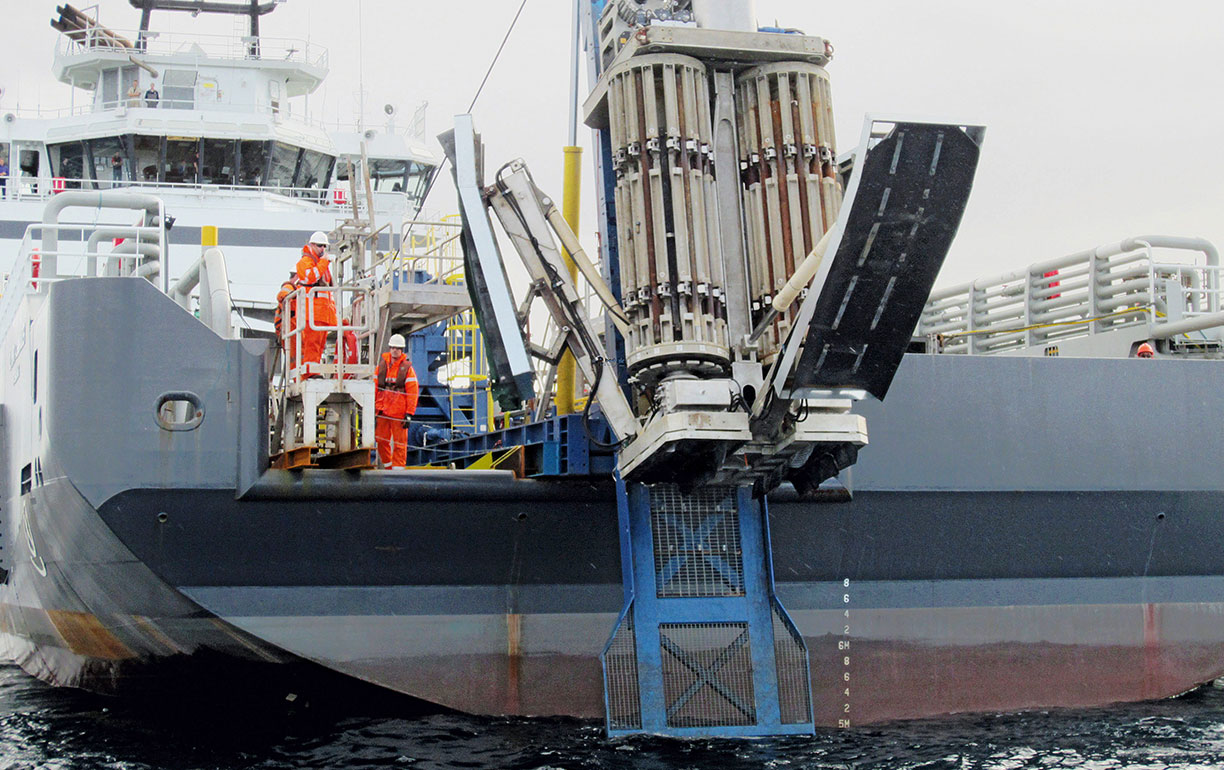 The samples, very often liters of soil and rock, can be worth millions to the industry. “Some of our planet’s largest geological structures can be found in the depths of the ocean. Also, the ocean floor is where we see the most volcanic activity and tectonic movement,” says Shannon Martin, Offshore Manager at Benthic. The seabed under the offshore oil fields, where major corporations plan to station their platforms in the future, involves a multitude of risks. The company for which Martin works specializes in collecting valuable data from the seabed.

Using special technology – the Portable Remotely Operated Drills called “PROD” for short at Benthic – the company now operates all around the world. Over the course of the last decade, the company has developed into an end-to-end supplier of geophysical and geotechnical consulting services, engineering technology and data collection services.

If heavy drilling equipment for a deep-sea well in the North Sea has to be transported as quickly as possible from Texas to Norway, or a defective pipeline part needs to be shipped to Brazil, the industry relies on airfreight.

Once operations on an oil platform grind to a halt, the standstill can cost several hundreds of thousands of dollars a day. Every minute counts when it comes to transports, specifically in the case of oil and gas exploitation, and Benthic is no exception: the company has no time to lose.

“Once we are on board an expensive offshore ship, a fast and efficient transport of spare parts and consumables is key,” says Martin.

The company is particularly reliant on airfreight when it comes to transporting the samples which its drills have extracted from the seabed safely to the laboratory in Houston. It is vital that the consistency and temperature of the samples is not compromised during the shipping process to Texas which is why the samples are kept at a constant cool temperature during transport.

“Seabed sediment, in particular, is very susceptible to rough handling or fluctuations in temperature,” Martin explains. That is why the company invests considerable effort to avoid disruptions to the transport chain.

Kuehne + Nagel is responsible for the sophisticated logistics at Benthic.

When it comes to air transport, the company relies on the solutions provided by Kuehne + Nagel and Lufthansa Cargo.

Every six weeks, Vernon Sinden from Kuehne + Nagel and Jacques Nortje, in charge of Customer Development at Lufthansa Cargo in South Africa, organize shipments on behalf of Benthic from East Mozambique to North America.

The samples arrive on the mainland in a refrigerated container.

A truck transports the freight to the Pemba airport, where the samples are flown to Johannesburg by chartered aircraft – coordinated by Kuehne + Nagel.

In South Africa, Lufthansa Cargo takes over responsibility for the transport. The samples are flown to Houston via Frankfurt in a Unicooler, which heats and cools the cargo compartment. “Benthic mainly uses our Cool/td-Active product for its transport needs,” says Jacques Nortje.

This special service ensures the integrity of the cold chain during transport operations from Africa via Frankfurt to Houston and also guarantees complete documentation and proactive communication during transit.

The Unicooler, in which the samples are transported, ensures the appropriate temperatures.

“Efficient and well coordinated logistics are one of our most important success factors.

We rely strongly on the expertise of our logistics partner Kuehne + Nagel, and that allows us to do our job even in the most demanding and remote regions of the world,” says Martin. At Benthic, as many as six employees are involved in logistics operations. “In the past twelve months, we’ve transported 25 metric tons of samples from East Africa to Houston by airfreight,” says Martin.

The history of Benthic began in Sydney, Australia.

As its name suggests – the Greek word “benthos” means depth of the sea – the company is involved in deepwater investigations. Benthic itself evolved from a scientific research project conducted at the ­University of Sydney.

Even today, the result of this project is the key to the company’s success: its engineers designed a transportable, remote-controlled drill, which soon attracted the attention of Australian oil companies.

For companies based Down Under, this invention ­provided an excellent alternative to the large drilling vessels they had previously been forced to charter from all over the world.

“What sets Benthic apart is that the company grew from having developed equipment that fulfilled a specific technical requirement and not the other way around,” Martin explains.

In the following years, the drill was optimized even further for deployment in oil and gas deposits. “Even under the most difficult conditions, we can gain access to far more high-grade samples than any other underwater drilling rig currently available on the market,” says Martin.

Three independently adjustable cantilevers enable PROD to make a soft landing even on the most uneven seabed conditions.

Benthic currently has three underwater drilling systems in operation around the world. The company has 115 employees. In 2012 the firm moved its headquarters from Australia to Houston, one of the most important locations in the oil and gas industry. Martin is particularly proud of the company’s current project in East Africa. “We were able to deliver 18.7 tons of samples to Houston with Kuehne + Nagel and Lufthansa Cargo in seven transport operations. All arrived undamaged and without delay!”

Thanks to its long-standing exper­ience, Lufthansa Cargo is well-versed in the transport challenges faced by the oil and gas industry. One of the most important factors is providing extra fast spare part supplies to ensure continued operations on drilling platforms. The company is frequently tasked with transporting outsized freight or dangerous goods to remote locations. No matter what the requirements may be, Lufthansa Cargo offers the right product: