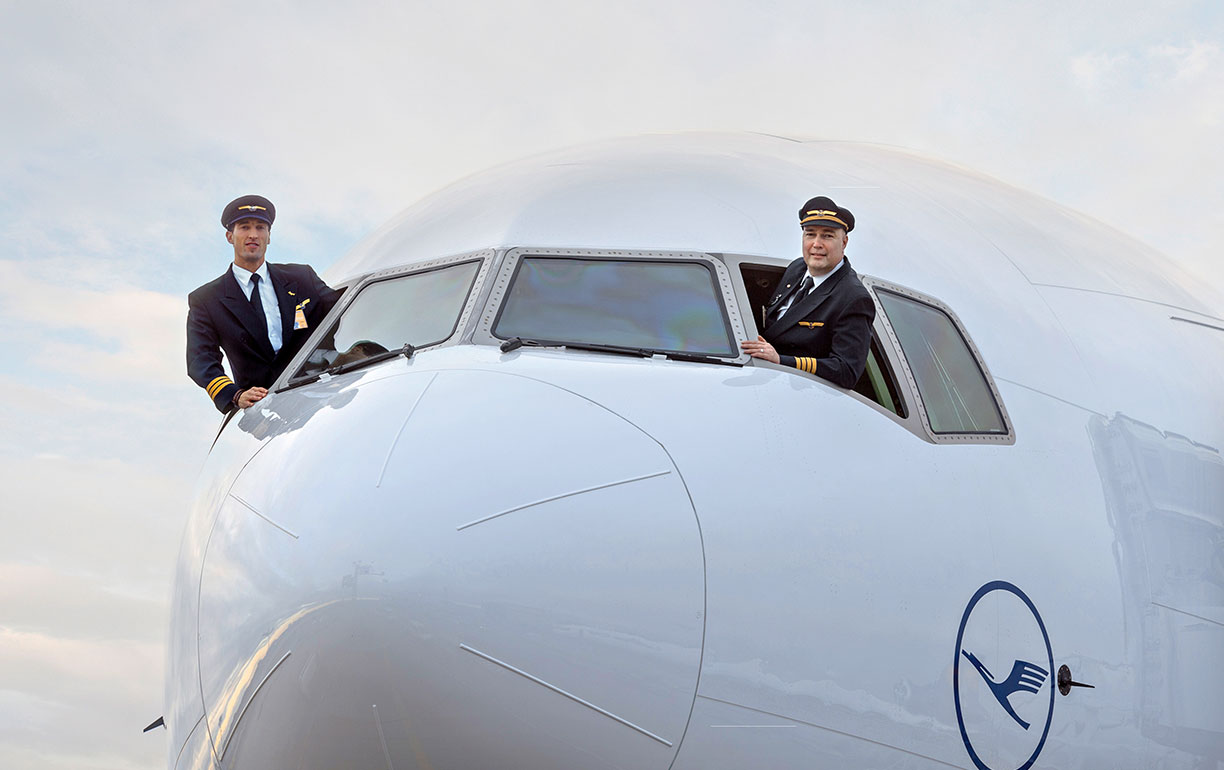 Around the world with 88 tons.

The longest scheduled non-stop flight of the new super-freighter Boeing 777F to date operates from Los Angeles to Frankfurt. planet was on board.

The spring evening in Los Angeles is mild. Captain Dirk Vogel, soon-to-be Captain Andreas Huser and First Officer Sebastian Weber enter the cockpit of the Boeing 777F waiting on the international airport’s taxiway. 88 tons of cargo are securely stowed in the hold behind them – everything from fresh fruit and vegetables to electrical and machine parts and a sports car is on board. “Los Angeles is a high-volume station,” Vogel explains. “On average, the tonnage carried is between 85 and 95 tons.” 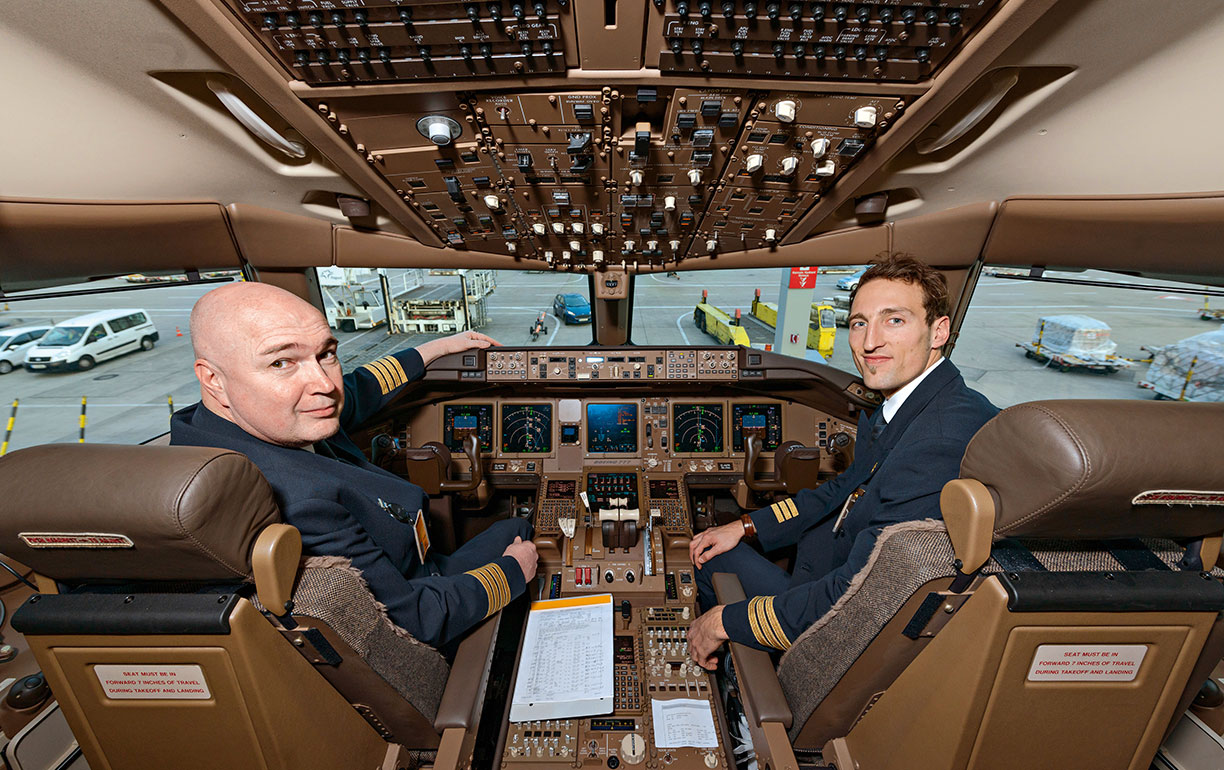 There is a special reason why the crew consists of three members: the flight operates from Los Angeles to Frankfurt without a stop en route. With a flight time of ten hours and 50 minutes, this is currently Lufthansa Cargo’s longest non-stop flight with the new super-freighter. 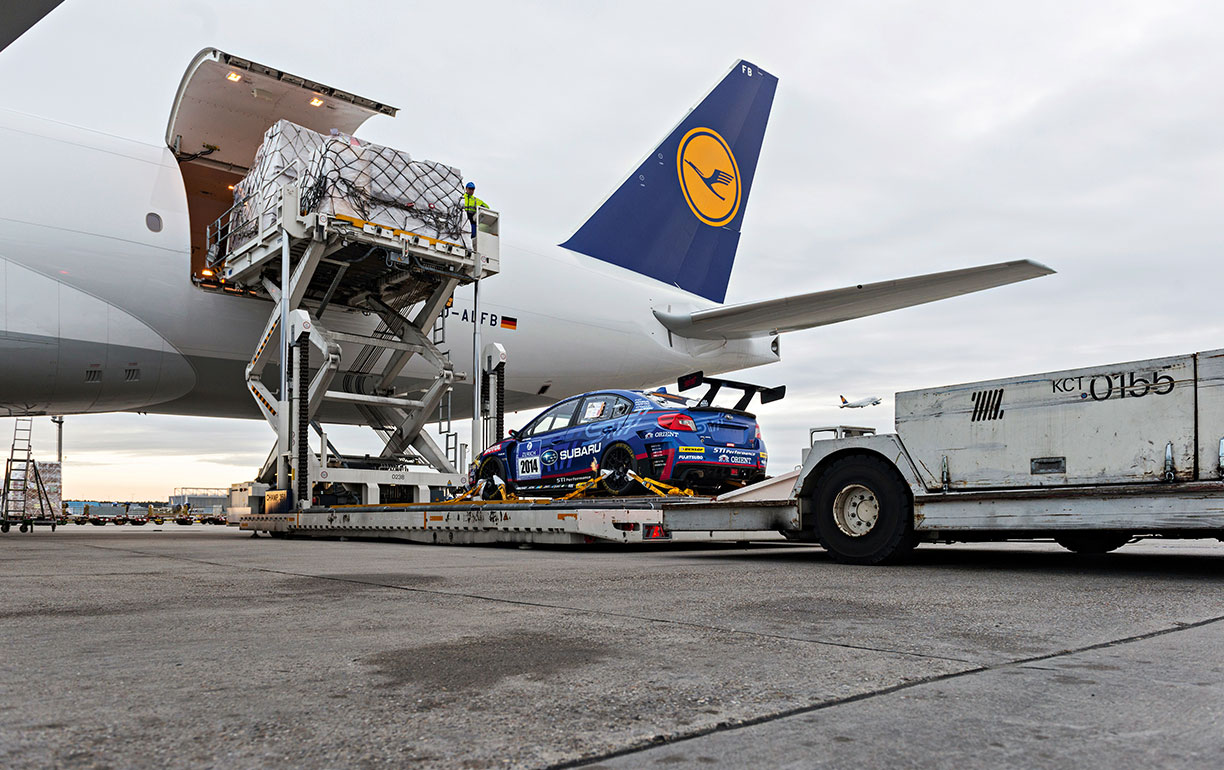 No other aircraft with as much cargo on board can travel the distance of just under 10,000 kilometers without an intermediate stop. The MD-11F only manages 70 to 75 tons on this route. As a rule, the volume capacity is fully utilized with this tonnage.

After a good hour’s preparation Vogel radios the signal: “Lufthansa Cargo 8231 heavy – standing by for start-up.” The permission for pushback has been given.

Huser releases the brakes and starts up the two engines, one after the other. The concentration inside the cockpit becomes more focused as the super-freighter turns onto the runway. Then the Boeing 777F accelerates and majestically takes off into the dark Los Angeles night.

For Vogel the flight is one more milestone in Lufthansa Cargo’s product launch of the new “Triple Seven”. The 46-year-old, who did his captain’s training on the MD-11F and has been instructor for it since 2004, took on the coordination of the B777F Introductory Team at the end of 2012. Since mid-2013 he has been Fleet Manager of the “Triple Seven”. “2013 was the most exciting year in my career so far. Working so intensively on introducing a new aircraft into the fleet is a unique experience,” he says.

The Introductory Team is made up of the Fleet Manager, Technical Pilot, Chief Trainer and Simulator Manager. They have all received training on handling the B777F in the simulator and at Lufthansa Cargo partner company facilities. “We invested a lot of time in adapting the Boeing material in order to compile operating and training manuals that specifically meet the requirements at Lufthansa Cargo,” Vogel explains.

The fourth of the five ordered freighters is going to be delivered in June. Captain Vogel is responsible for the training of around 100 pilots. Retraining takes about half a year. “In the fall we will be getting a B777F simulator in ­Frankfurt. That will facilitate the basic and extended training of our pilots,” he says.

For the experienced captain, working in the B777F is something special, despite the fact that he is a fan of the MD-11F – the “old lady,” as he calls it. “The Triple Seven’s performance is fascinating. Economically and ecologically, it is better than any other freighter. Furthermore, working in a new, highly modern cockpit is a very special feeling.

We use the classic radio system for communication with ground staff, for example, much less frequently, as a great deal is done via prerecorded voice-message modules that are activated at the press of a button. That makes our job a lot easier.”

The planet App film presents even more images of and statements on the Boeing 777F. It can be downloaded for free on the iTunes Store, on Google Play and online at:

Start of a new era.

The Boeing 777F marks the beginning of a new dimension in airfreight:

Greater volume and higher payload:
The B777F can carry a payload of up to 103 tons. The large door measuring 3.72 by 3.15 meters allows for the transport of AMJ containers and oversized single cargo items.

Greater operating range thanks to lower fuel consumption:
The Boeing 777F requires 16 percent less fuel per transported ton than the MD-11F, despite the MD-11F’s high efficiency. This enables an operating range of a good 9,000 kilometers, even on full-capacity non-stop flights.

Shanghai daily:
The Boeing 777F flies from Los Angeles to Frankfurt once a week. In addition, on the summer flight timetable 2014 Lufthansa Cargo operates the Triple Seven twice a week to Toronto, three times to Houston, five times to Chicago and daily to Shanghai. From July, when the fourth aircraft goes into service, four weekly flights to Atlanta and one flight each week to New York will be added.

Start of a new era.