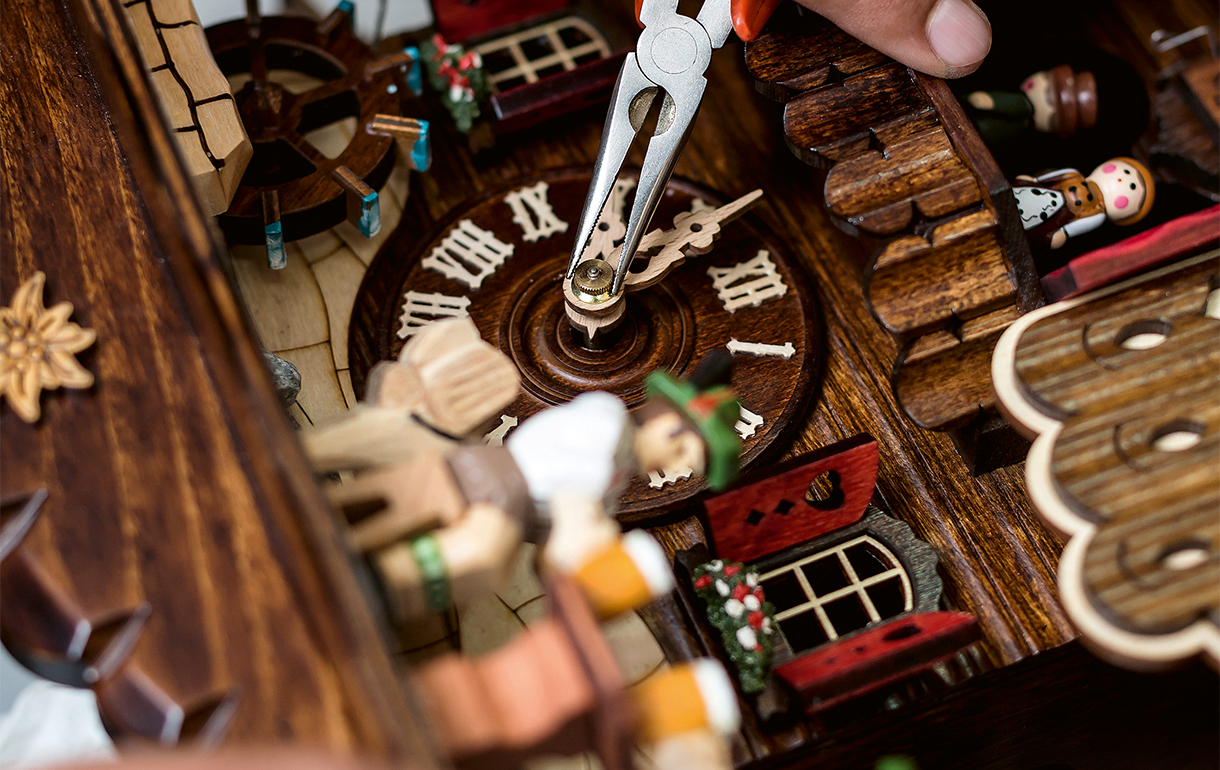 The history of the world-famous cuckoo clocks begins with a souvenir. In the 17th century, Black Forest glass bearers brought home an unusual item from one of their journeys: a small wall clock. Historians assume that it originated in Bohemia or the Rhineland. What is known is that it inspired the people living in the Black Forest, who had a long tradition of fashioning their tools for daily use from wood, to build clocks of their own. Once they added two bellows to make the cuckoo sing, the clocks became a bestseller, and a symbol for the Black Forest. Because these cuckoo clocks were initially made entirely from wood, they cost less than clocks with metal movements. That made them affordable for ordinary people. In the early stages, the glass carriers took these clocks out into the world in their backpacks. But eventually the clock manufacturers started to market their products themselves. The history-making Black Forest clock gets into full swing in the 18th century. By the end of the 20th century, only a few cuckoo clock manufacturers are left. Then, at the beginning of the new millennium, the demand for high-quality handmade one-off products “Made in Germany” starts to rise once again. The cuckoo clocks are especially popular in Asia. 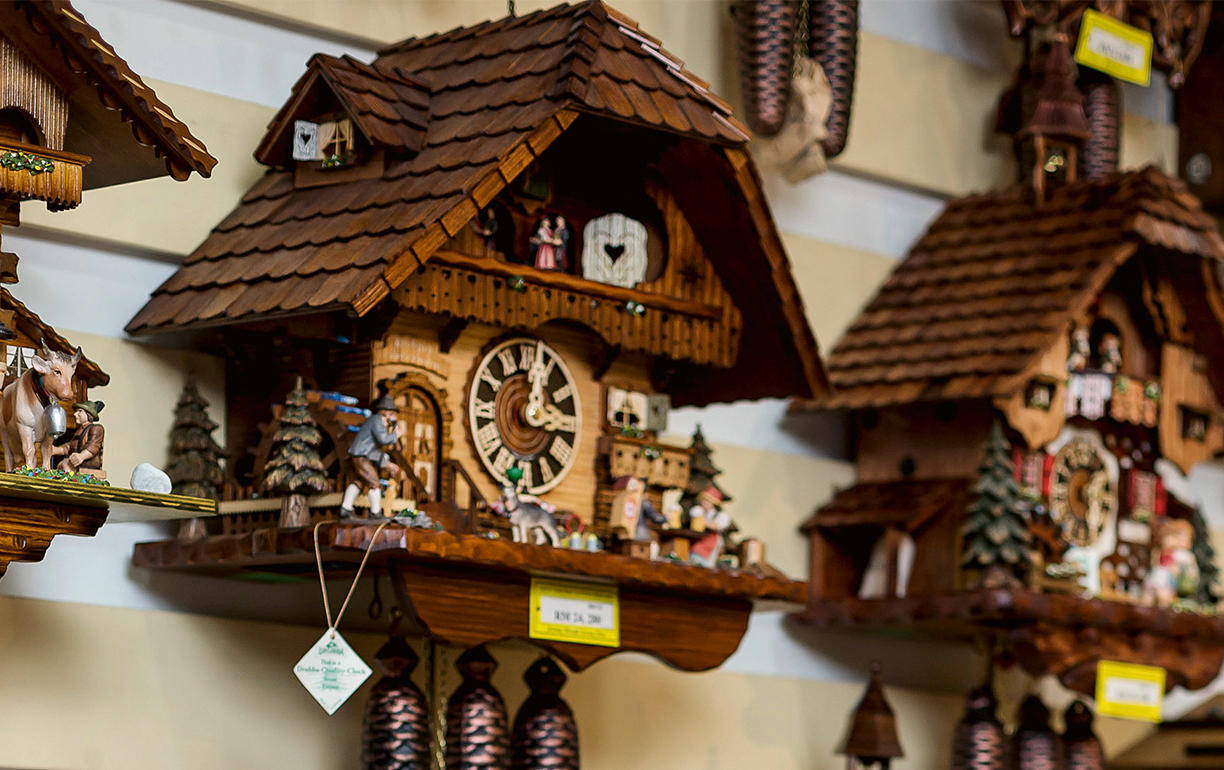 For example, in the metropolis of Kuala Lumpur. Large numbers of cuckoo clock enthusiasts from all over Malaysia wander around the showroom of the clock experts at Siew Cheong in the Mid Valley Megamall every day. The name of the company has been synonymous with exclusive, high-quality mechanical clocks from all over the world for over 60 years now. “Here at Siew Cheong Clocks, we only sell the very best cuckoo clocks. Each timepiece is selected by the most renowned manufacturers in Germany. Quality and high-quality workmanship in every clock that we offer our customers are the be-all and end-all for us,” says Ke Phon, the Managing Director.

To make sure customers do not have to wait too long for their new precious pieces, the clocks are transported by air freight from the Black Forest to Southeast Asia. The cuckoo clocks first travel from the Black Forest via Stuttgart (STR) to Cologne/Bonn Airport on the Road Feeder Service. From there, a Eurowings Airbus takes sun-hungry holidaymakers to Phuket in Thailand, some 9,400 kilometers away, every single day. The clocks travel in the belly of the A330 as a td.Pro consignment. From Phuket, a truck takes the precious cargo to Kuala Lumpur (KUL). The clocks arrive at the showroom of Siew Cheong after a journey lasting only three days.