Lufthansa Cargo is managed by a four-member Executive Board.

He was born in Gießen on March 1, 1964. After passing his university entrance exams in 1983, he studied law and business management in Gießen and Hagen. Additionally he completed a senior executive programme at Columbia University in New York in 2008.

Gerber started his career with Lufthansa in 1992 in the human resources area and the Legal department. His main focal points there were the development of the new retirement pension scheme and the Miles & More programme. Following that, he assumed various positions within the Group, such as in Lufthansa’s cost-cutting programme “Programm 15”.

From December 2004 to May 2009, Gerber took over corporate industrial relations and social security departments for the Lufthansa Group.

He was appointed to the Executive Board of Lufthansa Cargo AG with responsibility for Finance and Human Resources in June 2009.

In June 2012, Gerber switched to the Executive Board of Lufthansa Passage Airlines, where he was responsible for the Human Resources, IT & Services division.

Peter Gerber is married and has two children. 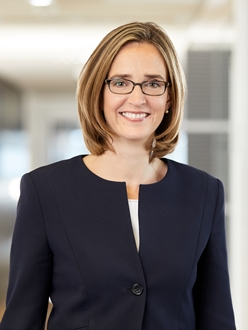 As Member of the Lufthansa Cargo Executive Board and Chief Commercial Officer since August 1, 2018, Dorothea von Boxberg is responsible for Product and Sales which comprises Global Sales Management, Capacity Management, Handling outside our hubs Frankfurt and Munich, Product Management & Innovation, Platform Management of Austrian Airlines and Eurowings..

Dorothea von Boxberg was born on 22 January 1974 in Bad Homburg, Germany.
After taking her A-levels in 1993, she studied industrial engineering at Technical University of Berlin as well as business administration at ESCP Paris as part of a Masters-equivalent dual-degree programme. Ms von Boxberg began her professional career in 1999 at the strategic management consultancy Boston Consulting Group in Stuttgart, Germany, serving most recently as project manager. She worked in various industries and several countries.
In 2005, she took a position as ‘Director Alliance Development’ at the operating company of Star Alliance.

In 2007, Ms von Boxberg took her first position at Lufthansa Passage in the ‘Strategy and Investments’ division, which she headed from 2009 onwards. From 2012, Ms von Boxberg was responsible for Customer Experience Design at Lufthansa Passage. During this time, she and her team rolled out a new generation of Business Class seats, developed the Premium Economy Class, which was launched at the end of 2014, and laid the foundations for the development of Lufthansa into the 5 Star Airline.
In 2015, Ms von Boxberg transferred to Lufthansa Cargo and has headed Global Sales Management since then. In this position she was responsible for Performance Management, Sales Processes, Pricing, Product management and Airmail.

Dorothea von Boxberg is married and has three children. 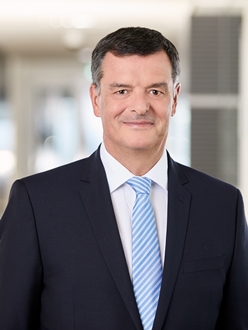 Dr. Martin Schmitt was born in Mainz on August 9, 1960. After finishing high school in 1979, he went on to study law in Constance and London, graduating in 1985 with qualifications to be a judge. From 1987 to 1989, he worked as a research assistant at Constance University where he gained a Doctor of Laws degree.

Dr. Schmitt began his career at Lufthansa in 1989. Until 1998, he held several positions within the Human Resources division including Head of Human Resources for Cabin Staff. From 1998 to 2001, he was in charge of the Munich station and was the Executive Board representative for the Lufthansa Munich hub.

In 2001, Dr. Martin Schmitt was appointed Head of Corporate HR Policy for Lufthansa AG. In this position, he was in charge of Group-wide HR and Industrial Relations, the Lufthansa School of Business, university marketing and trainee programs, among other responsibilities.

Dr. Schmitt is married and has two sons. 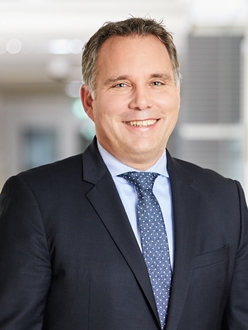 Harald Gloy was born on 18 May 1972. After taking his A-levels in 1991, he studied industrial engineering at Technical University of Berlin and Arizona State Univeristy.