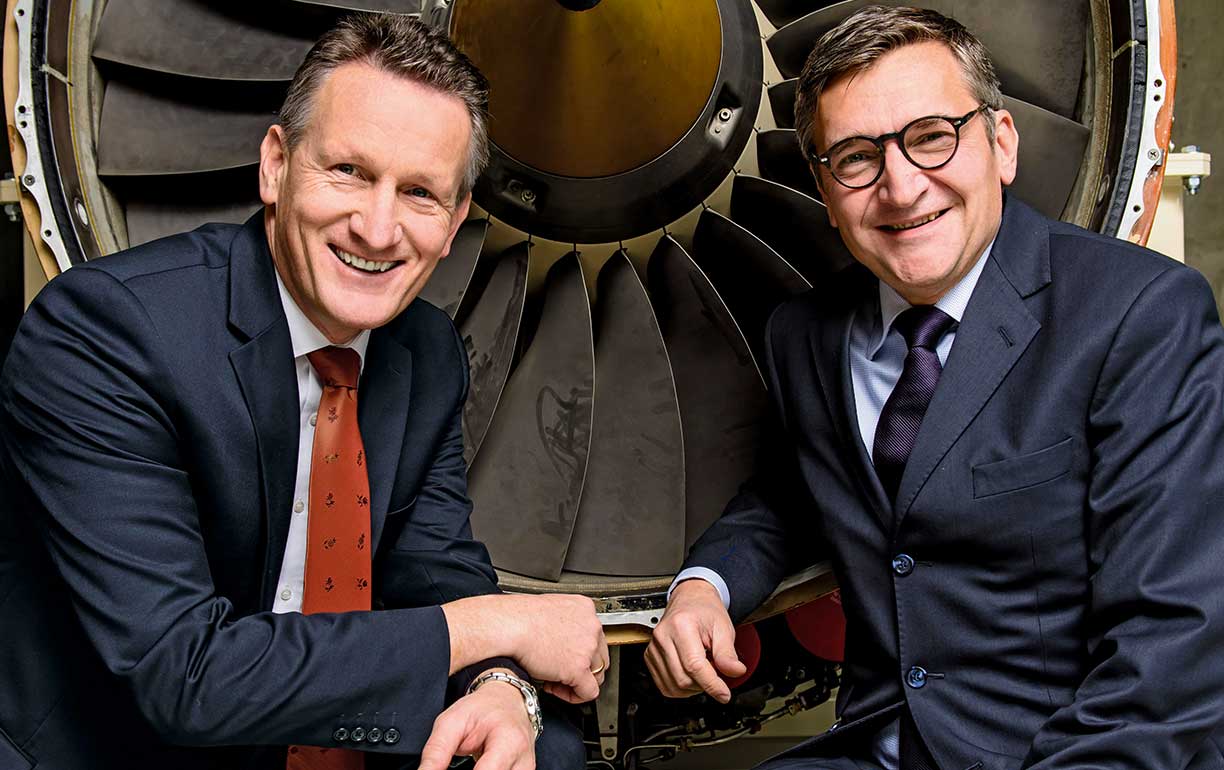 In the corridors of the German Federal Agency of Aviation (LBA), young student pilots anxiously await their tests. In front of the window, a passenger airliner touches down on the runway of Braunschweig Airport. On the third floor of the LBA building, Germany’s President Joachim Gauck gazes down from inside a picture frame in the director’s office.

In front of it, two men are immersed in discussion. It’s a kind of summit meeting on airfreight security in Germany: despite full appointment books, Jörg Mendel, Director of the LBA, and Harald Zielinski, Head of Security and Environmental Management at Lufthansa Cargo, found the time to discuss the issue at the invitation of planet. At the time of discussion, Zielinski was busy making the final preparations for the launch of the new Known Consignors regulations and Mendel was up to his neck in agency expansion work.

Harald Zielinski: We expect a tripling of the amount of cargo that will have to be screened. We need to be ready for that. We shall initially use four additional X-ray machines for Lufthansa Cargo in permanent operation, for example. We’re in full throttle mode here, and I’m understandably tense, but reasonably so.

Jörg Mendel: We’ve put increasing staff right at the top of the agenda. The number of our employees will increase almost threefold – from around 380 to 985. This means that we face tremendous logistical challenges. So we’ll have to expand. There is now a separate division “S”, as in Security, with six departments, two of which deal exclusively with cargo security.

The discussion focuses for a while on deadlines and EU stipulations before finally touching on the question of why the LBA is based in Braunschweig. It was Braunschweig-born Hans-Christoph Seebohm, one of the predecessors in office of Germany’s incumbent Transport Minister Peter Ramsauer, who ensured that the agency’s headquarters came to the city.

Today, as Mendel points out, the LBA is responsible, among other things, for the operation of all aircraft “from gliders to the A380” as well as for the granting and administration of at present approximately 20,000 pilot’s licenses in Germany. The security experts look back on a day that changed everything and ensured them a full appointment book even twelve years later – September 11, 2001.

Zielinski: Before that day, airfreight was hardly an issue. On 9/11, I was Head of Valuable Cargo at Lufthansa Cargo. What happened in New York was obviously devastating, but we didn’t have time to stay paralyzed by the shock. The air space over the USA was completely closed. Chaos reigned supreme. On that particular day, we had almost four billion euros en route in various aircraft. So my main task was to check the whereabouts of these aircraft and to prevent the four billion euros from ending up in the middle of nowhere because of having to land at some remote destination.

Mendel: I was responsible for air security in the Transport Ministry at that time. The phone suddenly rang and someone wanted to know whether the plane crash into the World Trade Center was an accident or an attack. After switching on my TV and witnessing live how the second plane hit the WTC, it was all clear to me what was going on. The dimension of people blowing themselves up and using an aircraft as a weapon was completely new for us. That’s why we had to scrutinize our entire package of measures and reorient them. One of the most important air security measures that we took was the introduction of the bullet-proof, lockable cockpit door.

Particularly in the field of flight security, the shock of September 11 was followed by a further insight: striking the fine balance between the desire for freedom in Western societies and the hope of achieving maximum security through as much control as possible poses its own special challenges.

Zielinski: Yes, that is indeed a problem. When carrying out measures, I let myself be guided by two things: First: once a law has been passed, it must be implemented. Period. But I also act in line with the categorical imperative. That means, I shape the measures in such a way that I would also be able to describe them as acceptable to myself. For example, I feel that camera surveillance is required wherever necessary, but that is by no means everywhere.

European security institutions in particular often reacted too passively during the first phase after the attacks. The USA clearly set the pace with respect to establishing a new security architecture – often without prior consultation. Are the Europeans today less on the defensive?

Mendel: I would say so. Since July 1, 2012, an agreement has been in force between the European Commission and the USA that lays down the mutual recognition of security regulations for cargo. This is a very important step, but it cannot rule out that the USA may yet consider further measures.

Zielinski: I am very, very happy about the collaboration with the Transportation Security Administration, the TSA, that has developed during recent years. It is marked by a good exchange of information, which means that one can no longer be surprised by new directives that are expected to be implemented from one day to the next. Alongside the USA, however, other regions of the world are also becoming increasingly important – what challenges can authorities and airlines expect here?

Mendel: One of the big issues in this context has the designation ACC3 and relates to cargo from risk countries. How, for example, do we deal with cargo from Yemen? At present, we have no auditors of our own who check cargo locally in non-EU countries. But the ICAO – the UN’s aviation organization – plays an important role here. It has teams of specialists, who travel to all 191 member states and check compliance with ICAO regulations on site.

Zielinski: In the case of ACC3, I take the same view as the authorities and support the directive. This is one of the reasons why we operate security offices in Asia and in Africa, as the security situation in the countries outside of Europe and of the USA is completely inhomogeneous.

In front of it, two men are immersed in discussion. It’s a kind of summit meeting on airfreight security in Germany: despite full appointment books, Jörg Mendel, Director of the LBA, and Harald Zielinski, Head of Security and Environmental Management at Lufthansa Cargo, found the time to discuss the issue at the invitation of planet. At the time of discussion, Zielinski was busy making the final preparations for the launch of the new Known Consignors regulations and Mendel was up to his neck in agency expansion work. 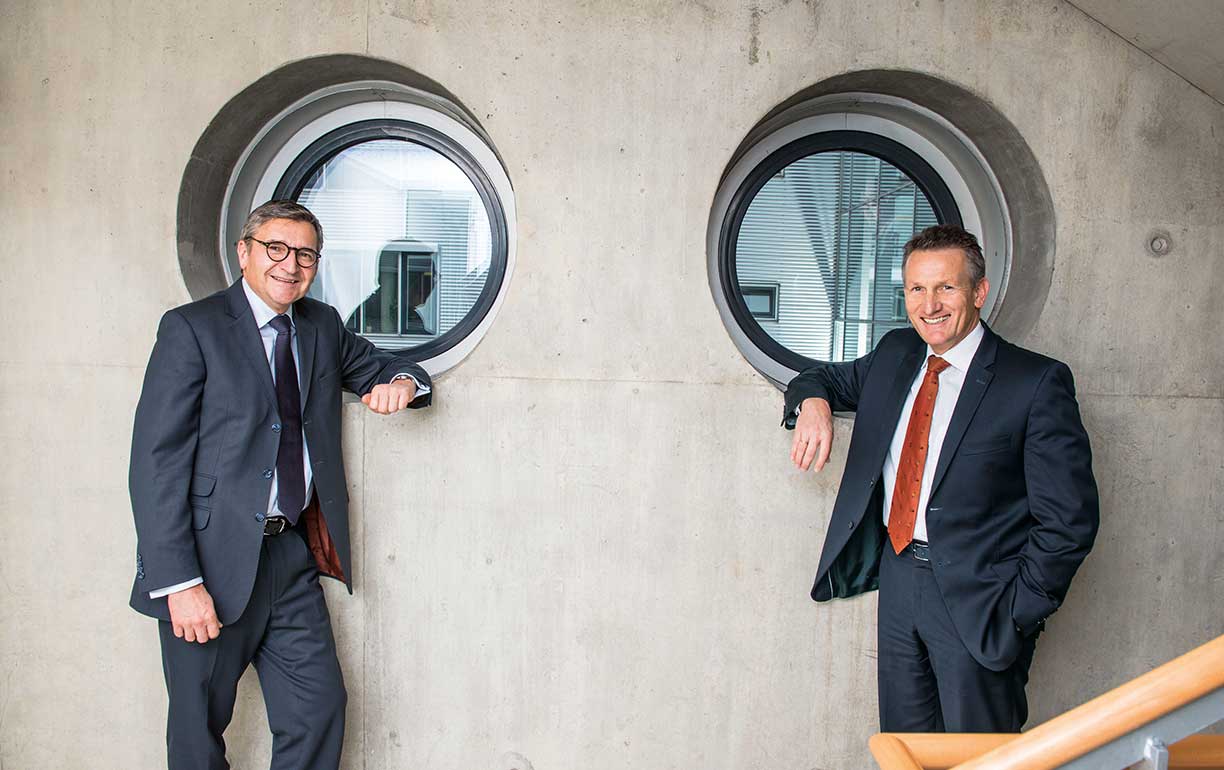 “We aim to do everything within our power to ­enable industry to meet the deadline.”

Shortly before too much harmony develops between Mendel, who, together with his agency, lays down the security standards, and Zielinski, who, together with his team, has to implement them, Jörg Mendel moves into the final straight of the discussion with a controversial issue. For a while, the only people smiling are President Gauck and Transport Minister Ramsauer up on the wall.

Mendel: One exciting issue at the moment is whether cargo that is transferred from one aircraft to another in transit to its destination also has to be checked again. Final agreement on how this cargo should be checked has yet to be reached. The authorities are still working on the corresponding stipulations.

Zielinski: Our position is clear: we at Lufthansa Cargo are very skeptical about transfer checks. Theoretically, we could discuss this issue for hours, but my view is as follows: if we already check cargo in Johannesburg in accordance with the standards that apply everywhere, we do not need to check it again when reloading in Frankfurt. That would surely be illogical.

For Zielinski, the discussion at this point brings back memories of the last security conference on the subject of Known Consignors. Industry representatives there had clearly urged more efficient support from the LBA, directed at the time by Mendel’s predecessor in office.

They claimed that German authorities were balking at efficient security solutions. For example, the use of explosives detection dogs and sniffer systems that have long since been in operation in other EU countries and were thus creating competitive disadvantages.

Mendel: One year ago, I would have said that this criticism was justified, but we have come a long way since then. For example, we are currently authorizing the use of explosives detection dogs. In general, I would like to point out that our aim is to do everything within our power to enable industry to meet the deadline.

By now at the latest, the smiles are back on the faces of Zielinski and Mendel. Their appointment books, that is certain, will stay full. And as the security experts make their way past the student pilots waiting in the corridors, the next aircraft takes off outside.