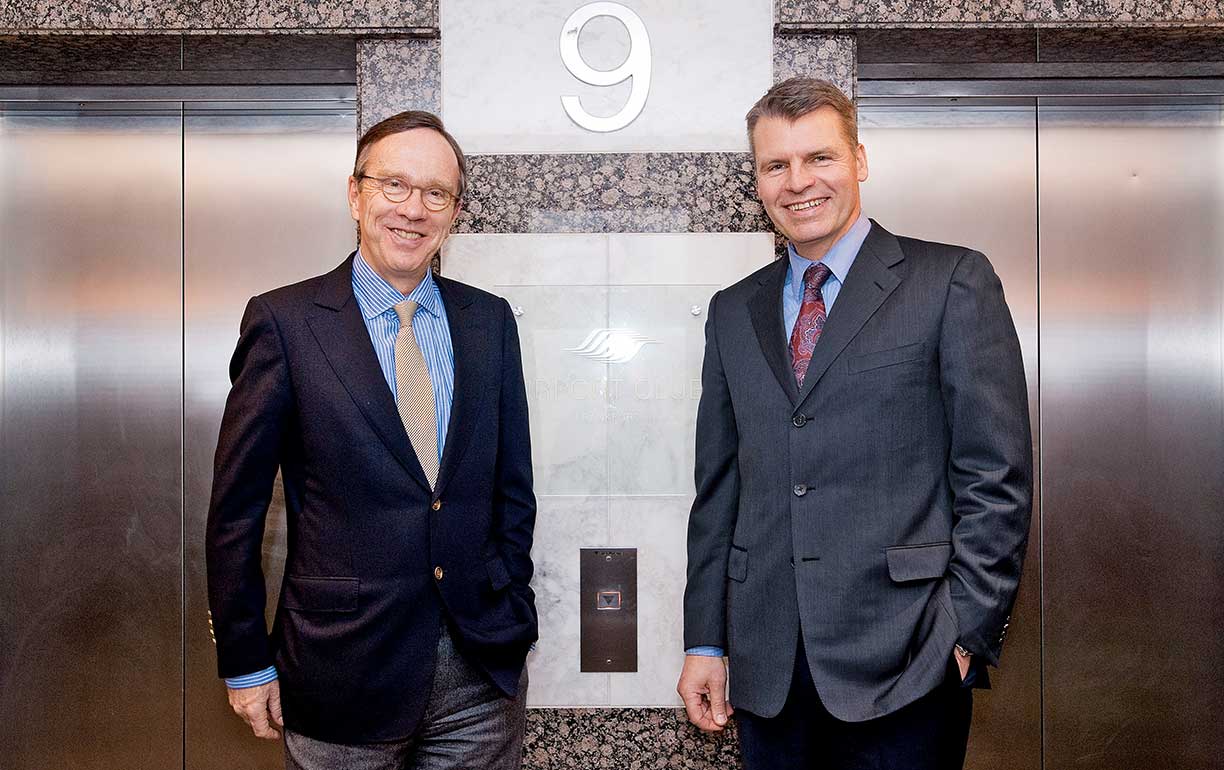 As President of the German Automobile Industry Association (VDA) Matthias Wissmann is the top representative of the interests of one of the country’s most important industries. Dr. Andreas Otto, Member of the Executive Board Product and Sales at Lufthansa Cargo, talked to the former German Transport Minister about his career, the situation in the automobile industry and the importance of night flights.

Dr. Andreas Otto: Mr. Wissmann, at the age of 27 you were one of the youngest Members of the German Bundestag. What made you enter politics?
Matthias Wissmann: I was already fascinated at a young age by the idea of contributing to the common good. I was class, then school representative. My focus was not so much on the desire for a professional career, but on the goal of giving life a meaning – also through commitment to activities for others.

Dr. Otto: You became German Transport Minister in 1993 and were in that office for five years. How did you come to take on this portfolio?
Wissmann: I was already interested in transport and mobility issues early on in life and become involved in activities in this field in my home region Ludwigsburg. After the resignation of the then Transport Minister Günter Krause, Chancellor Kohl asked me to take on this office. I readily accepted this challenge. In addition to numerous other issues, I primarily turned my attention in the years that followed to the reform of the Deutsche Bahn railway system and – against all the opposition at that time – to the privatization of Lufthansa. It was our aim to turn Lufthansa into the leading European airline. We have succeeded in doing so. This was an impressive achievement by the entire Lufthansa workforce, above all, however, of Jürgen Weber, who was then Head of the Group. And, in all modesty, federal policies also made an important contribution towards attaining this goal.

Dr. Otto: You have an impressive career path – Member of the Bundestag, two Federal Minister posts, and now President of one of the most important trade associations in Germany and Europe. Did you strive to achieve this?
Wissmann: I was, of course, ambitious, but a career path is always a combination of skill and luck. I experienced both factors. The ministerial offices were offered to me by Chancellor Kohl, and I was urged to take on the office of VDA President by Daimler boss Zetsche, Volkswagen boss Winterkom, BMW boss Reithofer and Bosch boss Fehrenbach. 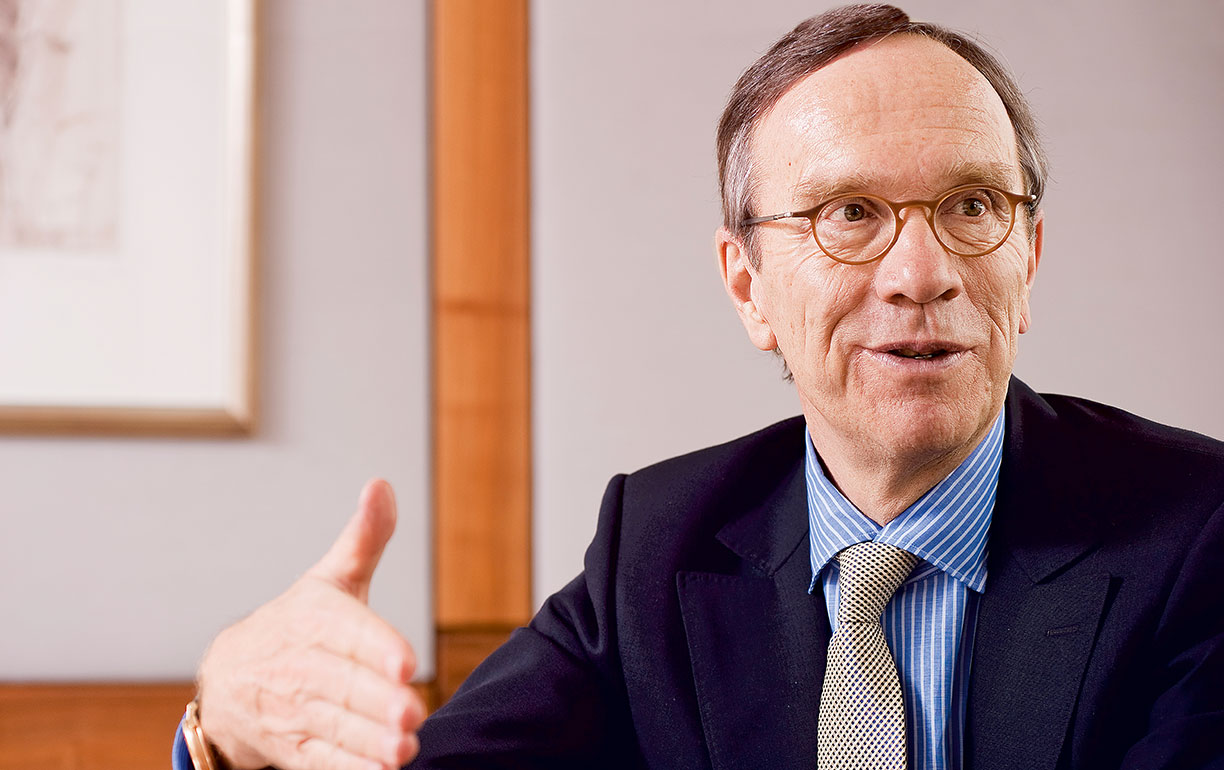 “A ban on night flights at Europe’s second biggest airfreight location Frankfurt would be a catastrophe for the automobile industry.”

Dr. Otto: How do you assess the current situation of the automobile industry?
Wissmann: The automobile industry has weathered incredible storms in recent years. In winter 2008 in particular, the industry found itself facing the most difficult economic situation in its history. Our manufacturers, but above all many small and medium-sized suppliers suffered huge declines in turnover, some of the trailer manufacturers having to even cope with more cancellations or orders than receipts of new orders – and no forecast was possible. That we would be experiencing a record year two years later was unimaginable at that time. 2011 can also, in our view, become a good year, provided that there are no further turbulences in the financial and raw materials markets. Whereas about 60 million motor vehicles were sold worldwide in 2010, the figure will be between 65 and 66 million this year. The German automobile industry has a disproportionately high share in this total.

Dr. Otto: What are the growth drivers?
Wissmann: First and foremost China and the newly industrializing countries have substantial potential. The interest in the automobile will grow markedly here. For whereas Western Europe has about 500 automobiles per 1,000 inhabitants, the corresponding figure is only 11 in India and 23 in China. Not a lot of imagination is required, therefore, to predict a tremendous increase in demand there in the medium and long term. German industry has a very good starting position in this context, as it offers the technologically most sophisticated vehicle with the best brand value. This means great opportunities for manufacturers and suppliers alike. And for the other participants in the value creation chain – such as, for example, Lufthansa Cargo.

Dr. Otto: How important is airfreight for the automobile industry?
Wissmann: We mainly need airfreight in two fields: first, for very light components such as semiconductors. Airfreight is the means of transport of choice here, as it is far superior to any other mode of transport in terms of speed and quality. Second, we need airfreight carriers when there are production bottlenecks or transportation failures, especially on the long routes, to ensure a seamless supply chain. Hardly a company in our industry has extensive stocks storage any more. The consequence was clear to see during the ban on flights in the wake of the volcanic eruption in Iceland – and the automobile production in some countries had to be stopped because of missing components. Lufthansa Cargo did some excellent work here, by the way, after the end of the flight ban, and substantially supported our industry.

Dr. Otto: You rely more heavily, however, on other modes of transport than on airfreight.
Wissmann: Absolutely. That is why the old conflicts must be discontinued once and for all and the modes of transport more strongly networked with one another. There is enough traffic out there for everyone. Every means of transport should be put to use wherever it is most efficient. After all, 50 percent of new automobiles are transported from the factory by rail and inland vessels. And the following are always important: reliability, performance and, of course, transportation prices that are acceptable.

Dr. Otto: The VDA is the embodiment of successful trade association work. What can our industry learn from the VDA?
Wissmann: The decisive prerequisite for successful trade association work is the ability of the leading persons in that association to address politicians with one voice – and to do so despite all the difference in interests and conflicts that may exist between its members. It is also important to not only view matters through the perspective of one’s own interests, but to also keep an eye on the general interest in political dialogue. This is the only way to create a situation that is beneficial to both sides. The legislator, however, should also always realize that a powerful industry is of key importance for prosperity and employment. One of the reasons why Germany is so strong is the fact that it has managed to keep its industrial share of gross value added in recent years at about 30 percent. In Britain, for example, this figure has declined massively – and we have seen how crises impact those countries that have created an economic monoculture – such as, for example, the British with the financial services industry.

Dr. Otto: The air transport industry is groaning under the strain of numerous new directives and regulations, such as the German air traffic tax, the emission trading scheme or national go-it-alones on security matters. How can our industry make its voice be heard more strongly?
Wissmann: It is very clear to me: in a powerful industrial nation, we need a powerful air transport industry. Not everyone has yet understood this message. We also need efficient airports in future. And some of these airports also need to be open at night due to our export orientation and due to the needs of the manufacturing industry. Although I fully appreciate all the environmental protection and noise abatement aspects: the exporting nation Germany needs night flights. I would view a ban on night flights at Europe’s second biggest airfreight location Frankfurt, for example, as a catastrophe – also and in particular for the companies that I represent in the VDA. I hope and wish that Germany’s Federal Administrative Court will acknowledge the economic necessity of night flights and that cargo can also be flown at night in future at selected German airports. Furthermore, security is a central issue. The VDA supports the efforts by Lufthansa Cargo to realize a transnational and effective security concept for air transportation. The industries involved, including our own, urgently rely on secure airfreight movements. 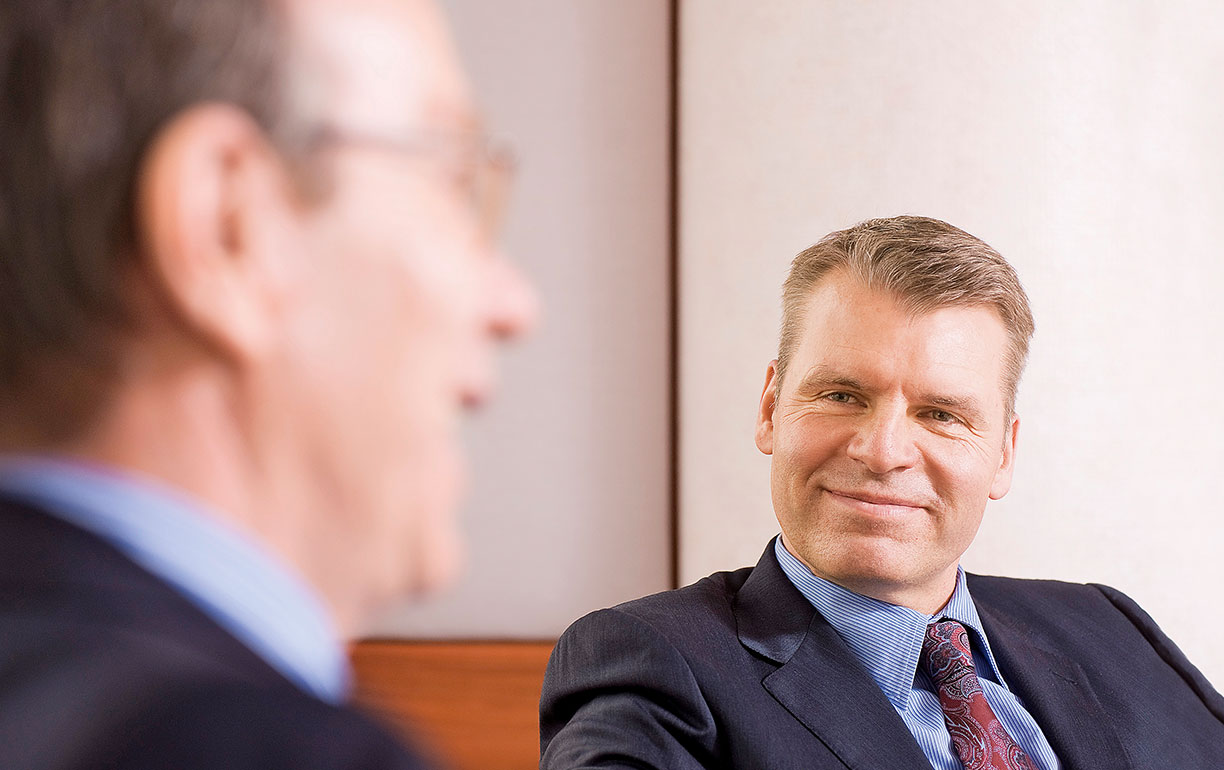 Member of the Executive Board Product and Sales at Lufthansa Cargo

Dr. Otto: How do you experience Lufthansa as a passenger – and as a Member of the Lufthansa Supervisory Board?
Wissmann: I always enjoy flying with Lufthansa. And I am delighted that Lufthansa has mastered the crisis so well and so professionally – and ranks today as a benchmark for the air transport industry worldwide. Nevertheless, the competition with the cut-price airlines remains fierce. What will count most is Lufthansa’s ability to remain the leading brand and dominant player in the premium market – without letting itself be pushed against the wall in the volume market. I wish this dual strategy every success.

Dr. Otto: Do you drive a different car every day?
Wissmann: I am indeed able to repeatedly test new cars – that is one of the particularly pleasant sides of my profession. Privately, I currently drive a VW Golf BlueMotion, the most economical Golf of all times. In my official capacity, I travel in a Mercedes S-Class Hybrid, before that I had a hydrogen-powered BMW Hydrogen 7. We are more greatly admired in the world for our automobiles than for anything else. Okay, maybe for our soccer too, at least from time to time. (Laughs)

Dr. Otto: Thank you very much for this interview!